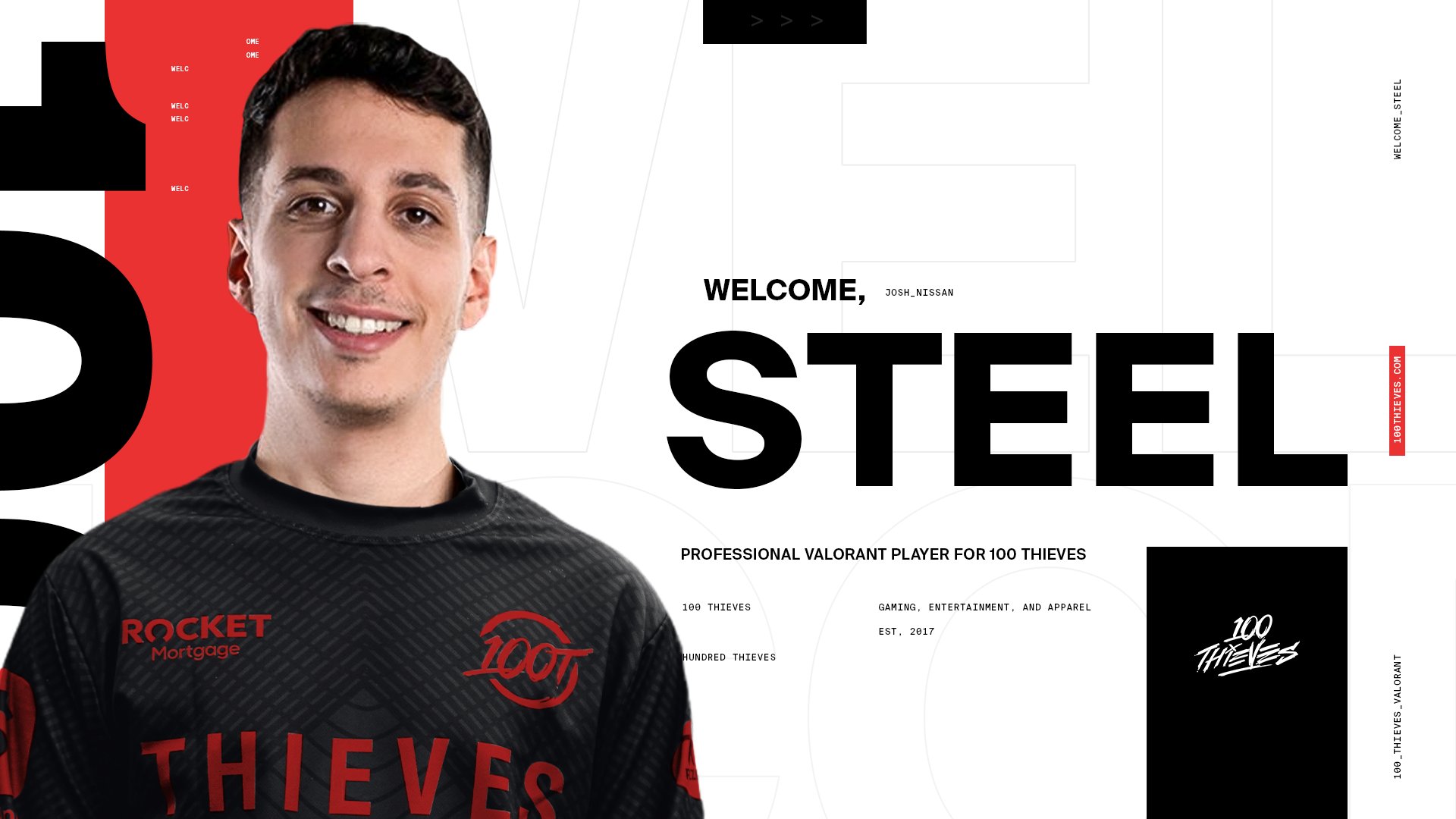 100Thieves pick up steel as the Valorant roster keeps rebuilding

After a very disappointing run at all events with the participation of 100Thieves, the four ex-PUBG players in the roster were let go of. Hiko was the only player remaining on the roster. The rebuilding process began for the Valorant team.

The first to join up with Hiko was nitr0. An extremely unexpected move, as nitr0 was a long-time captain of Team Liquid’s highly successful CSGO squad. This was a groundbreaking move for 100Thieves, as they acquired yet another Counter-Strike superstar.

Now, the team have signed steel. Once part of Team iBUYPOWER, his career in CSGO was limited. This was due to a match-fixing scandal committed by the team in 2014. This led to steel being banned by Valve to participate in Valve-sponsored events, meaning majors. Despite that, steel pushed on to be part of teams such as Ghost Gaming and Chaos Esports Club, having found success with both organizations. Nevertheless, it was that Valve-imposed ban that may have swayed steel to try his wits somewhere else.

With the addition of steel, 100Thieves Valorant team are now missing two pieces of the puzzle. Currently, 100Thieves have: