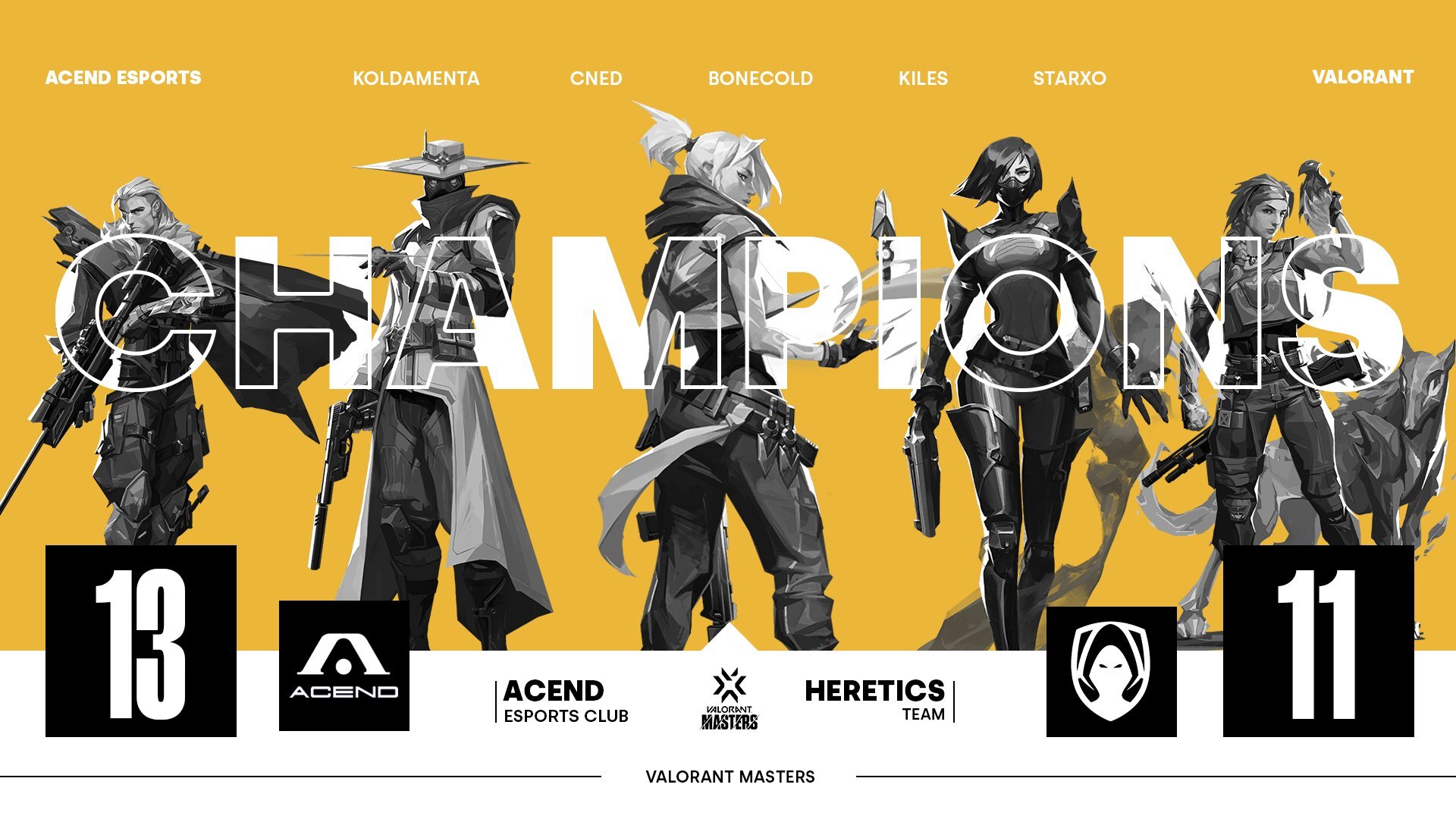 What some thought impossible, became a reality. Acend, one of the surprise attendees of Valorant Champions Tour (VCT) Europe, has come out on top against Team Heretics. The thrilling best-of-five (BO5) went the distance as both teams wanted the victory so badly.

The massive best-of-five saw things kick off on Split. There, Heretics established dominance early as Žygimantas “nukkye” Chmieliauskas and Dustyn “niesoW” Durnas got off to a hot start to serve the half on a silver platter for their side at 9:3. A back-and-forth second half saw Acend wanting to take back some ground after Mehmet “cNed” Yağız İpek put up another crazy performance on Jett. That was not enough, however, as Heretics closed things out at a healthy 13:7 for themselves.

Bind saw Acend get busy early on, taking the first six rounds for themselves on attack. Heretics shortly retaliated with five of their own before Acend took the last round of the half after Jose “koldamenta” Luis Aranguren and Vladyslav “kiles” Shvets took two frags each to end the half at 7:5 in their favor. On their own attacking side, it was Heretics that shifted into fifth gear to take four straight rounds. That was all she wrote, however, as it was all Acend from then on on defense, flying out of Bind with six straight rounds to make it all square at 1-1 after a 13:9 victory.

Haven saw the teams continue trading blows. Yet another crazy performance at the half from cNed with 17 kills, saw Acend come out on top on their initial defense side at 7:5. This was not received well by Heretics. An all-around great team performance from Christian “lowel” Garcian Antoran and co. saw Heretics go on a defuse festival, getting in five site retakes and defuses. This helped them get the Haven win immensely, leading to a 13:9 win.

With Heretics on top at 2-1, Acend were under pressure to make magic happen on Icebox. Icebox saw nukkye go all out on Reyna with 33 frags, yet that wasn’t stopping Acend from forcing the fifth map. It was all tied up at the half at 6:6. Then, on attack, Heretics were one point away from closing it all out at 12:9. Acend denied that victory by giving it them all, getting two defuses in the process to force overtime. There, they maintained the momentum and took the two overtime rounds to make it 14:12 on Icebox.

Ascent was left over as the decider. Acend got to work swiftly on defense, getting the first two rounds in after site retakes. Heretics retaliated with two of their own but it was all Acend at the half as everyone on the team was doing their part leading to a big 9:3 lead. After side switch, Acend yet again got two huge rounds in to extend their lead to 11:3. It was Team Heretics’ time to shine as Auni “AvovA” Chahade woke up to lead the charge on defense. A fantastic stride saw the First Strike champions mount on a comeback all the way to 11:12. It was on that final round that Santeri “BONECOLD” Sassi put the final nail in the coffin by getting a 3k as Acent achieved what many thought was impossible.