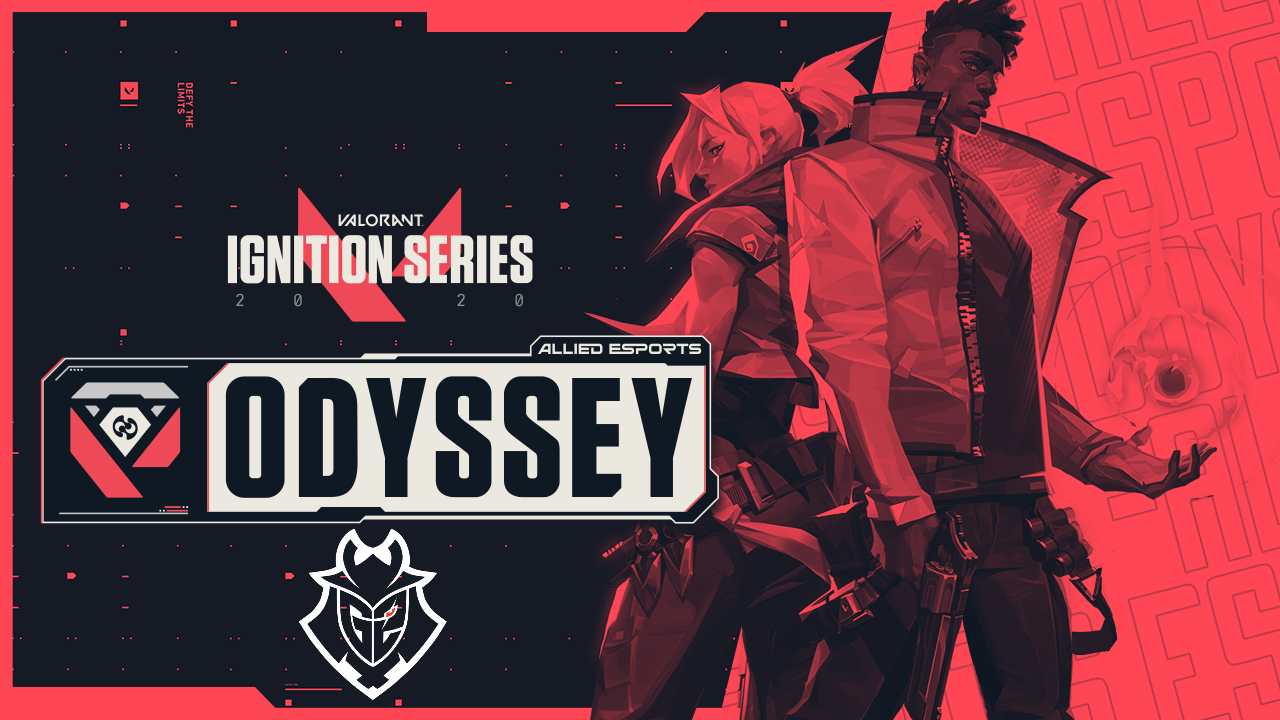 After five days of intense group stage action, the Allied Esports Odyssey tourney has moved onto the playoffs. Lasting a mere seven hours, the final day of the event was intense. We saw Team Liquid, FunPlus Phoenix (FPX), Ninjas in Pyjamas (NiP), and of course G2 Esports, battle it out for the grand final of the tournament.

All the matches in the playoffs were best-of-one (BO1), except the final which was a best-of-three (BO3). The format involved an upper bracket and a lower bracket. Any team that lost a match in the upper bracket would have the opportunity to redeem themselves in the lower bracket or get eliminated from the tourney entirely.

The first match of the day saw Team Liquid face Ninjas in Pyjamas. The teams with the best and worst seed from the group stage went head-to-head to advance to the upper-bracket final. Though the half saw a very close Bind map being played out at a 6:6 score, it was all she wrote as Liquid went off on Bind’s defense. NiP only managed to pick up one round on attack before getting knocked down to the lower bracket. Team Liquid moved on with a 13:7 score on Bind against NiP.

Although FPX had a higher seed in the group stage, the G2 force was still the inevitable favorite. The matchup took us to Split, where G2 saw an initial comfortable lead at the half with an 8:4 score. FPX recuperated on the defensive side and mounted on a comeback. Fantastic plays from Óscar “Mixwell” Cañellas, however, pushed the G2 medley to fight back and repent the hungry FPX squad. G2 moves on with a 13:10 score on Split against FPX.

The final do-or-die Round 1 match saw NiP and FPX fight for survivial in the lower bracket. This time, we saw Haven being the battleground. It was NiP that got off to a really rough start to the BO1, as the half saw them trailing 8:4 after ferocious site executes from FPX. The attacking side would see NiP get knocked out of Allied Esports Odyssey as they completely failed to put up numbers on the scoreboard in the second half. FPX swiftly grabbed the five remaining rounds to make it 13:4 in their favor. FunPlus Phoenix moved onto the lower bracket final while the NiP boys go home in fourth place.

The most feared teams in the tournament went head-to-head in the upper bracket final to determine the first finalist. Of course, a hectic match unfolded on Split. Liquid initially failed to find their drive as their attacking side lacked ideas and more often than not, G2 simply outfragged or outclutched them. After a 9:3 half in favor of Mixwell and co., Liquid finally turned on. Travis “L1NK” Mendoza led the charge on Sage as Liquid were creeping closer and closer to getting it all squared up. Unfortunately for them, they fell short as G2 got it back together to close the match out 13:9. Liquid was relegated to the lower bracket while G2 moved on to the grand finale.

The lower bracket semifinal saw perhaps the closest match thus far in the tournament. Both squads were hungry to reach the final and have a go at G2 once again. At once, a very back-and-forth match commenced, with neither team falling behind for more than three points. The half saw a marginal lead by Team Liquid at 7:5. After side switch, it was FunPlus Phoenix that began having their fun. They quickly strung five straight rounds on attack to bring them close to that magical number 13. Liquid retaliated with four rounds separated by one loss. In the end, however, it was FPX that pulled it all together and held the sites expertly with an outstanding team performance. 13:11 was the final score for FPX, as they were the ones moving onto the grand finale against G2. Team Liquid get knocked out and take third place.

While many were dreaming of a Liquid vs. G2 final, FunPlus Phoenix came to town to spoil the planned party.

The first BO3 matchup of Allied Esports Odyssey took us to Ascent, where G2 at once asserted their dominance. The European medley took the first four rounds on defense before FPX retaliated with three of their own on attack. This stride was short lived as G2 took the half 7:5 and then things got real messy for FPX. On attack G2 was an absolute menace. Led by Ardis “ardiis” Svarenieks, G2 straight up took six rounds they needed to close Ascent out by force. 13:5 was the final scoreline as G2 were looking for their next tournament victory.

The second map was FPX’s pick. Bind came out to be a close initial matchup as the half saw FPX lead after a well executed attack, putting them up 7:5. The half switch however, was FPX’s demise as G2 felt at home on attack. G2 took six rounds in a row, making it 11:7 before FPX finally managed to grab two rounds in a row. This would not be enough in the end as G2 clutched out the final two rounds to take the BO3 final home at a 13:9 scoreline.

G2 Esports won against FunPlus Phoenix and, again, take home the first prize at Allied Esports Odyssey. This is another win that solidifies their position as the best Valorant team in the EU region.

For all the latest news in Valorant, remember to follow us at Run It Back.