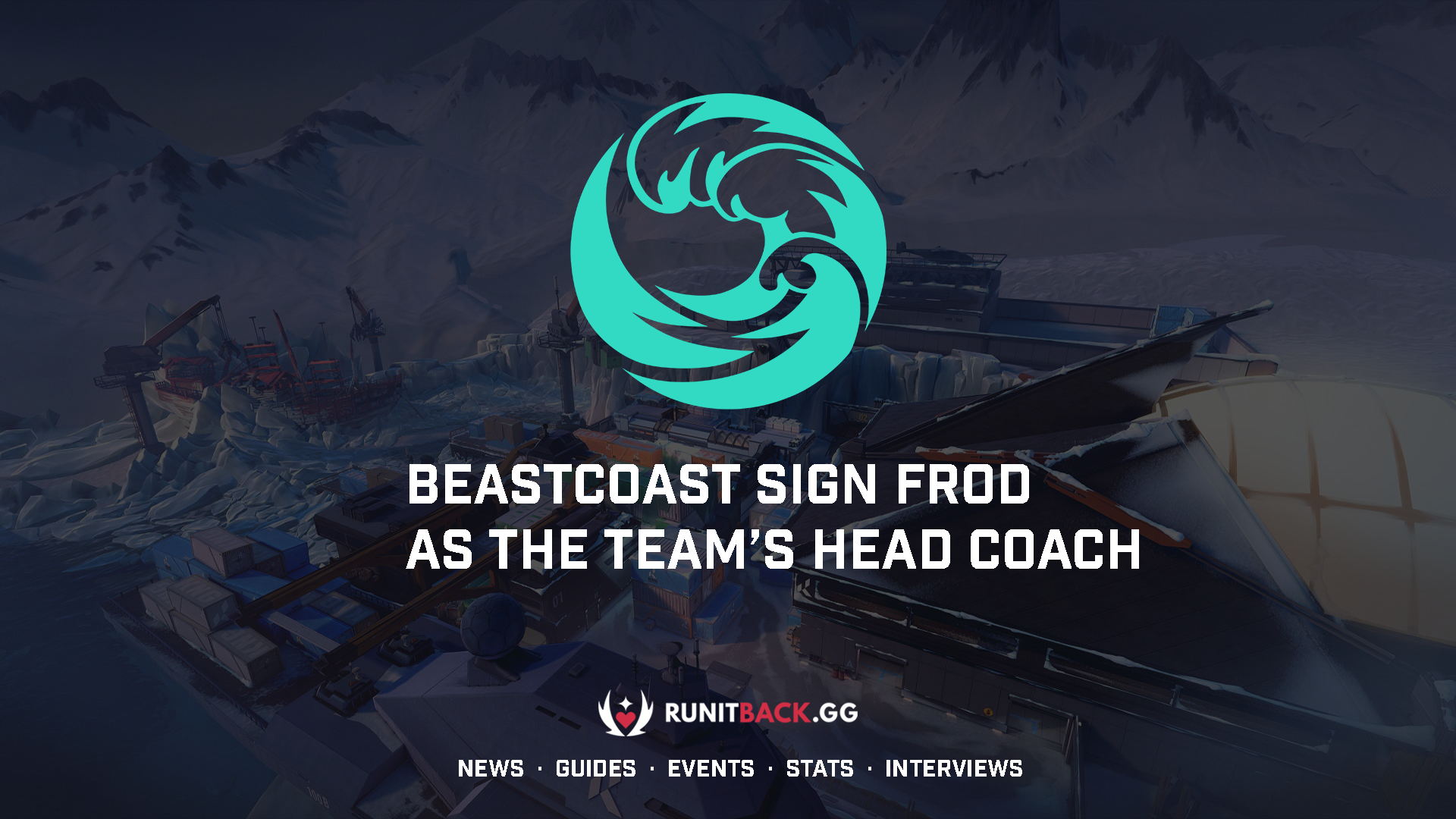 Beastcoast’s Valorant squad has a coach once again following the signing of Daniel “fRoD” Montaner.

Beastcoast had been without a coach since early January when Roy “StrongLegs” Ahad left to play for Renegades.

FroD is well-known in the Counter-Strike scene, with a resume spanning back to the original Counter-Strike 1.6. In CS:GO, he is most known for the time he spent playing for Complexity Gaming. In 2016, he managed FaZe’s Overwatch team for a bit before returning to CS:GO to coach Swole Patrol. He retired from CS:GO in May 2020 and coached T1 until January 13 when he left due to “difference of ethics and opinions on how to run the team/org.” T1 later signed David Denis in his place.

Beastcoast’s roster is looking pretty thin as of now. On January 25, the team released Hayden “Elevate” Krueger from their roster and transferred him to Sedated. On February 22, Diondre “YaBoiDre” Bond left to play for Luminosity Gaming. The team isn’t doing very well in terms of results either. They weren’t present for the Challengers 1 Qualifier and failed to qualify for Challengers 2 or 3. At both of those qualifiers, Beastcoast played with Yannick “KOLER” Blanchette and Carlo “Dcop” Delsol. KOLER most recently played NRG but was released from NRG on January 9. Dcop was on Equinox Esports’s roster until they released him on December 21. Maybe we’ll see them join Beastcoast as full-time players.

Hopefully, fRoD can also help the team perform better in their upcoming tournaments.

As usual, remember to follow us at Run it Back and join our Discord for all your latest news, extensive guides, and exclusive interviews in the world of Valorant.