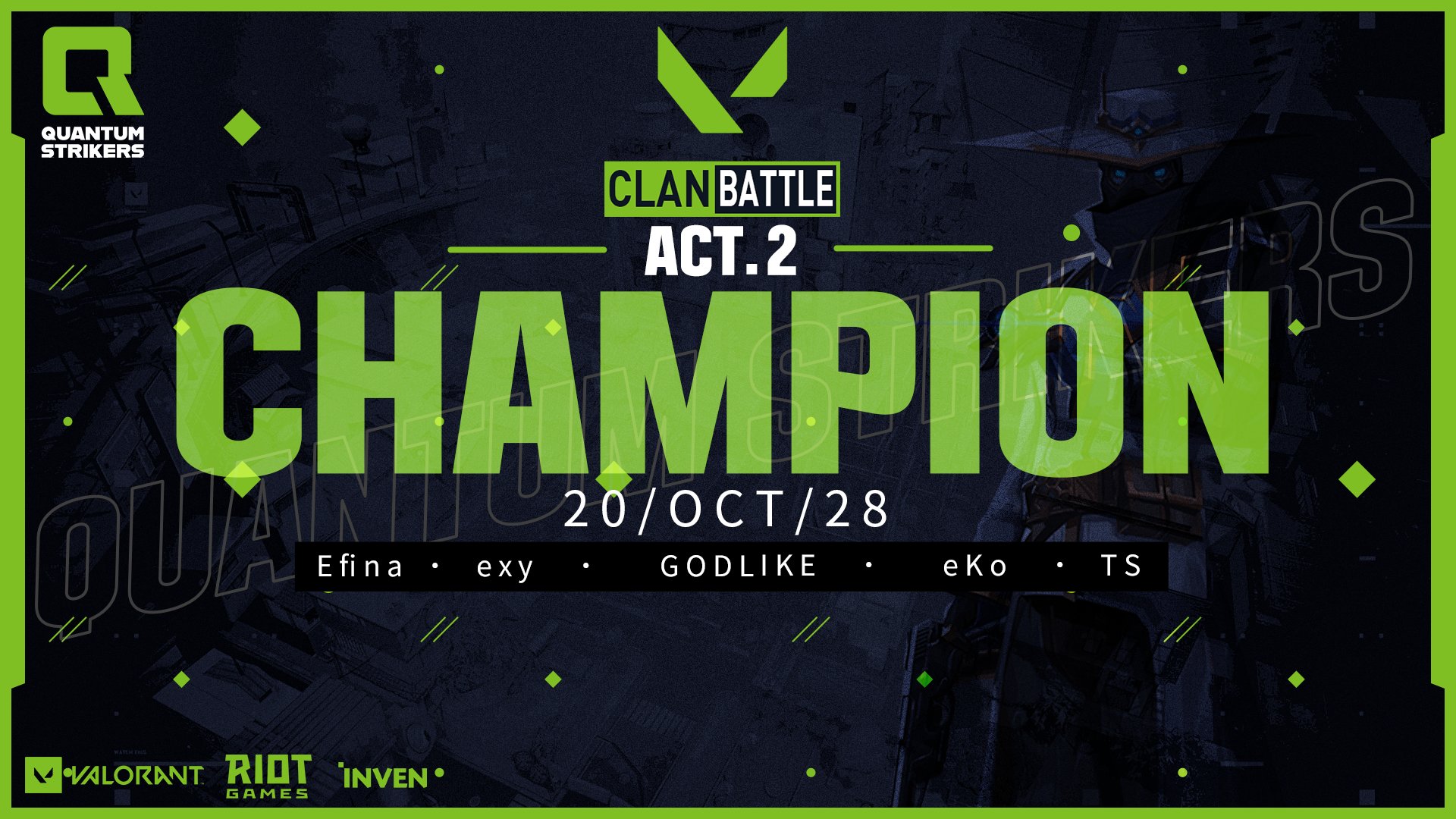 The fourth and final Clan Battle Act 2 event has concluded, with Quantum Strikers defeating PROPARTY 2:0 in the grand final.

The bottom side of the bracket certainly seemed to have more notable teams, in the form of Cloud9 Korea and T1 KR. Looking at the bracket before the event started, one of these teams would have surely been favored to make it through to the grand final. However, this was not the case, as Quantum Strikers were able to best both of these teams on their way to the grand final. The match against T1 KR went down to the wire, with Quantum Strikers managing to close out the map 13:11. The match against Cloud9 Korea was a completely one-sided affair, as Quantum Strikers dismantled them, 13:2.

PROPARTY had a much easier run to the grand final, without having to face any of the bigger organizations. However, they were unable to put up much of a fight against Quantum Strikers in the grand final, losing the series 2:0.

Quantum Strikers is a team owned by the same organization as the dominant South Korean team, Vision Strikers. It will be interesting to see what the future holds for these two teams and what the dynamic will be if they have to face each other.