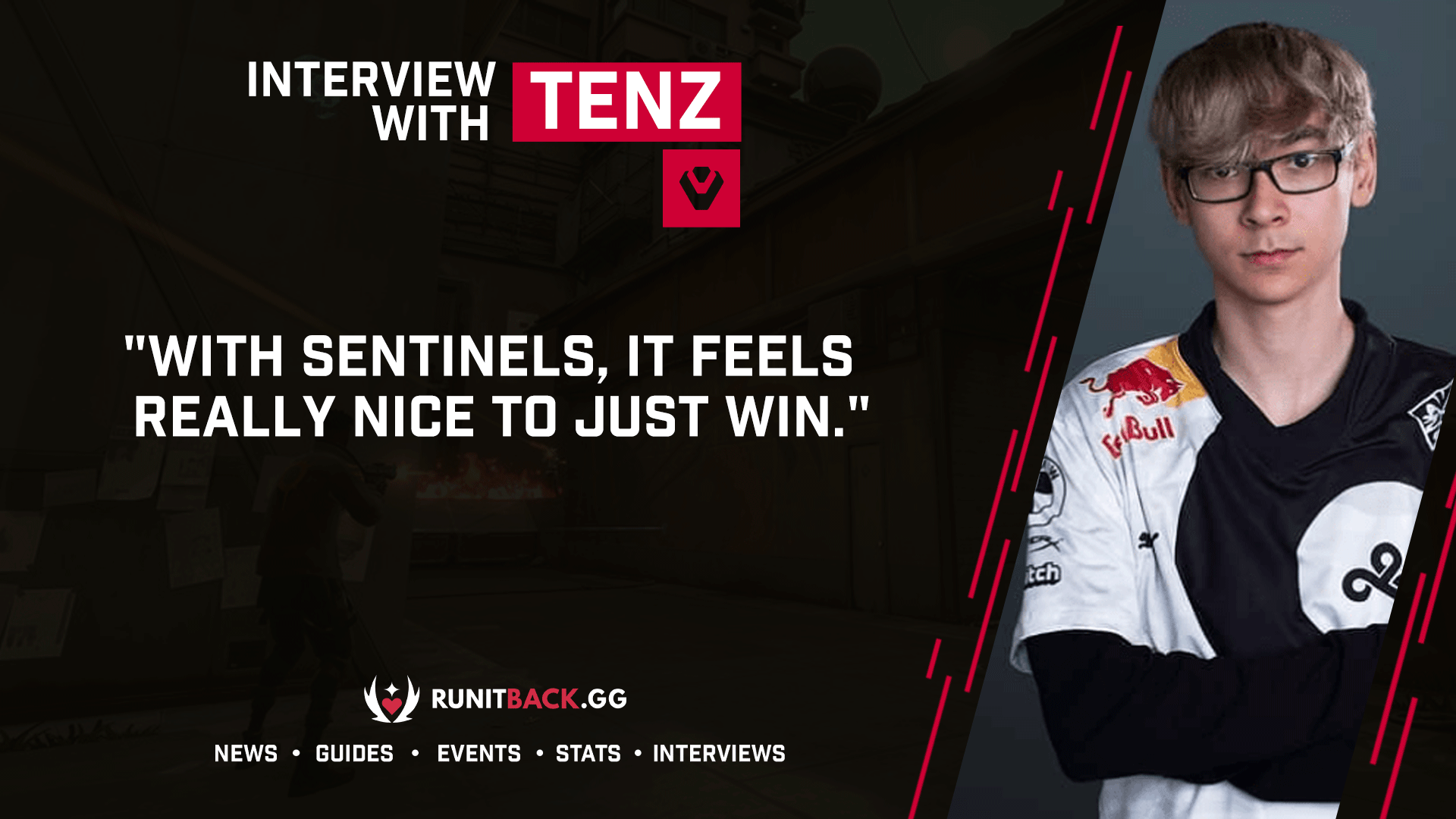 Competing again was like riding a bicycle for TenZ

The Upper Final of VCT NA Stage 1 Masters has completed. It is not shocking that Sentinels defeated FaZe Clan. What is shocking is how they defeated them. The arguable best team in North America decimated the hottest team in the tournament. The 2:0 victory launched Sentinels right into the Grand Final. Tyson “TenZ” Ngo was available to speak with Run It Back after the series. He expressed thoughts on his new team, getting back into competing, and how good it feels to just win.

Competing again was like riding a bicycle for TenZ

Run It Back: The last time you personally faced FaZe Clan was back in October. It was the same roster, but we can all agree, it was a completely different team. Did you have any expectations based off of previous experience, or were you maybe even excited to take them on in this new form they’ve found?

TenZ: One thing I noticed with FaZe when I played them before is they were really insane in scrims. And in match time, they struggled a bit. I think what really helped them was that they found their confidence to perform like they do in scrims to make those same plays. I definitely think that’s really good for them. It was pretty exciting to see how a team that plays so differently now has worked out.

Run It Back: It is no secret that you and SicK are the two main fraggers on the team. I spoke with him after the series against Luminosity. He said it was very easy to find the rhythm with you when it came to taking the fight to the other team. Any comments on that?

TenZ: Yeah, it is pretty easy. If I’m talking about working directly with SicK, he is such a smart and talented player. It is unbelievable. He knows when to take fights. He knows when to aggress. He even knows when to fall back. I can always rely on him to make the smartest play.

Run It Back: It was nearly three months since you had played with Cloud9 before you joined Sentinels. Was there any competitive rust to shake off or was it like riding a bicycle?

TenZ: For the most part, it was like riding a bicycle. You know, just pick it up and ride down the road. There was some doubt, though. That I would struggle a little bit. I could have built up some bad habits. I feel that I was able to shake them off pretty quickly, comparing my aggression to when I first played with Sentinels to now. I am taking a much smarter approach to my gameplay.

Run It Back: When you first decided to focus on streaming and content creation, did you ever think for one second that playing in Masters with this Sentinels roster would be your destination?

TenZ: I had no clue. When I stepped down for content creation, I was just vibing. I was seeing how things played out. Then I saw this opportunity to rejoin the pro scene.

Run It Back: Now, you’re in the Grand Final of the biggest event of the year so far, in your first event with this team. Truly, how does that feel?

TenZ: Coming from my time on C9, we made some Grand Finals of smaller events. We always kind of choked. I think we only won one event in the Beta. The first event that we ever played. With Sentinels, it feels really nice to just win.

A big thank you to TenZ for granting Run It Back this interview. Stay tuned for further VCT coverage, with event results and more player interviews to come!