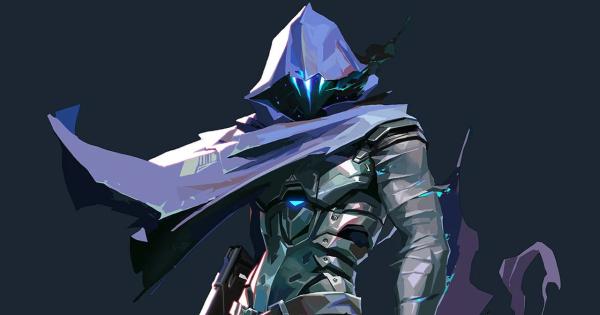 We got the chance to talk to Charles “CREA” Beauvois, following his victory at G2 Esports Valorant Invitational in Team Mixwell. The 23-year-old Omen main had a lot to say about pre-tournament preparation, agent composition, as well as his future in Riot Games’ newest title, Valorant.

How did it feel to come away with the win? Did you go into the event expecting to win it or was it more of a surprise, and how are you feeling now you had some time to relax?

CREA: First of all, thank you! I was already very happy to be able to take part in this tournament, so winning it is even more satisfying! I didn’t really know what to expect before I knew the composition of the teams, it was quite random. Then, obviously, when I saw the composition of my team, I quickly thought that victory was within our reach.

Did you have any specific practice for this event, such as anti-stratting the other teams or watch their vods etc.? Or did you just play your own game?

CREA: As the format was quite special, and the teams were formed at the last moment, we couldn’t train before the competition started. Therefore, we did not do any anti-stratting or establish tactics beforehand. The only thing we had time to do, was to look at the play style of our future opponents when we were having a pause between matches.

Did you guys have a set team comp that you wanted to play? Or did you have the freedom to play any agents you wanted? We’ve seen you do some insane things on Omen so I didn’t think you would want to change much!

CREA: Concerning the choice of our agents, we were lucky because we were all able to play our favorite agent without any problem in terms of team balance. As you may know, my favorite agent is Omen, so I was very happy to be able to play him throughout the competition!

Speaking of agents, do you think there is currently a meta for which agents should be played? Or, do you think players still have the freedom to choose who they want?

CREA: I think that agents like Cypher and Sage are indispensable in a team at the moment. There is surely a way to play without them, but for the moment, it’s the current meta. There is a much more open debate between Omen and Brimstone, each team has its own preference, although in my opinion Omen is more complete than Brimstone.

I understand you’re playing on Team HypHypHyp and had some good success in previous cups such as Take The Throne #6, where you came 1st. What is next for you as a player? Are you just going to continue practicing with those guys? Any big plans incoming?

CREA: Concerning my real team, I have been lucky to meet them. In my opinion we have a really strong team, especially with the little time we’ve spent together. My current goal is to go as high as possible with them because, in my opinion, we have great potential! Unfortunately, at the moment some of them have a job and therefore don’t have the opportunity to train a lot on a given day. That’s why we are actively looking for an organization that can help us reach the highest level possible on the professional scene. We are currently performing pretty well but we want so much more!

We wish CREA all the best in his future endeavors in Valorant.

For more exclusive interviews, guides, and news on Valorant, follow us at Run It Back.