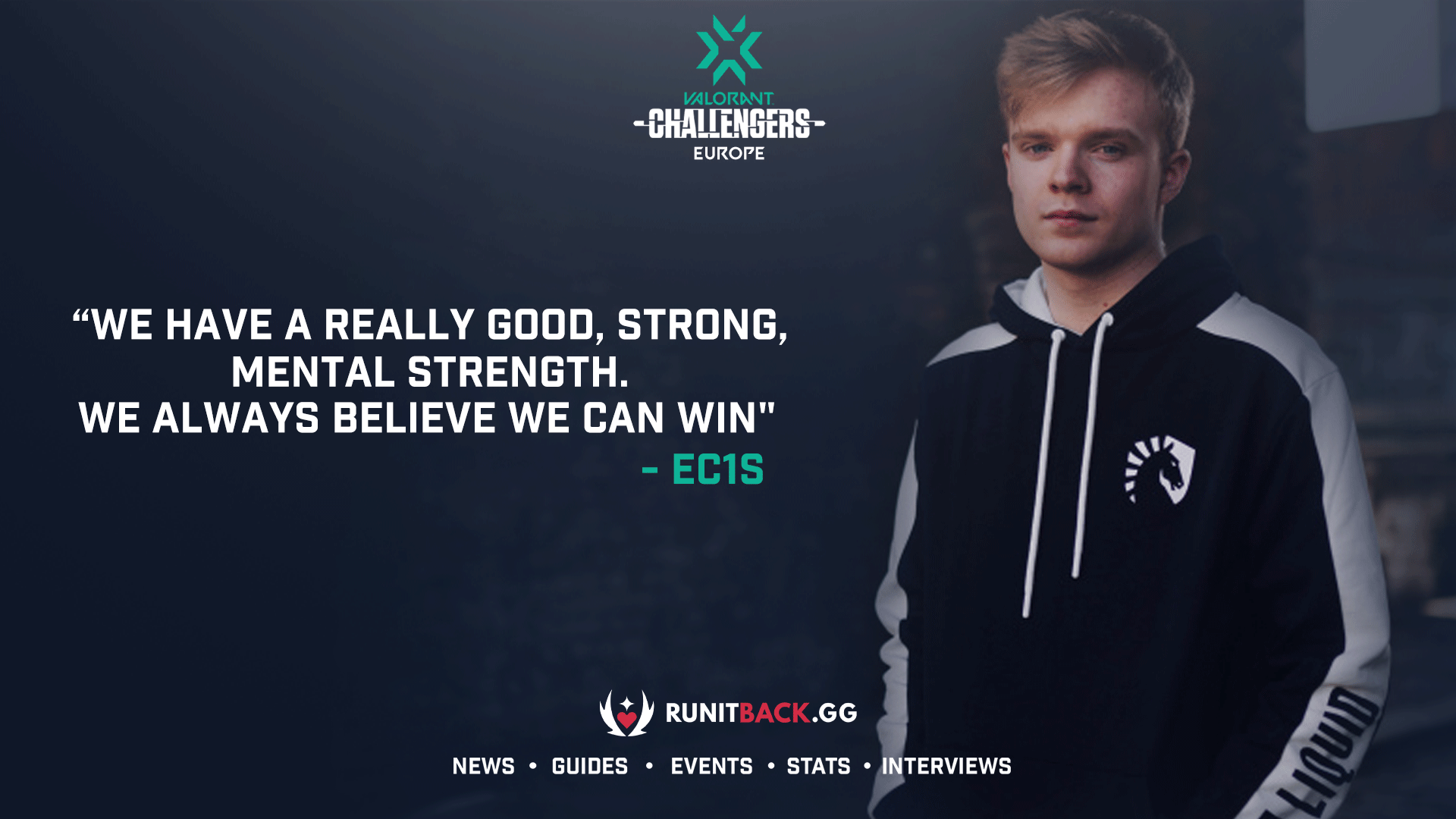 We caught up with the in-game leader for Team Liquid, Adam “ec1s” Eccles, following their amazing fight against FunPlus Phoenix at VCT Challengers 1 main event. Adam had quite a bit to say about how the matchup went, the team’s atmosphere in crunch time, as well as shared some insight on the team’s gameplan and playing around the team’s star player, Adil “ScreaM” Benrlitom.

RunItBack: Liquid had a huge lead on both, Haven and Split, following the masterclass defensive sides on both maps. Did your team get a kind of a mental block following that hefty lead on both maps? Or was it rather FPX that recuperated to mount on a comeback?

ec1s: Hmm, I’m not too sure. I don’t think it was a mental block. I think my team, we have a really good, strong, mental strength. We always believe we can win. So I don’t think it’s that mental block. Maybe it’s just to do with lack of experience and just FPX also being really good. The several times throughout the game where we have full control of the round, it should be ours to win, and then we throw it all away. They’ll do something that we should expect and we get caught off guard.

For example there was a round on Haven on A. We take A, we get the double entry, and we’re saying “ok, right, we’re gonna make the call, Kryptix you’re going to take the orb so then we can all go onto the site”. As we were all talking about this then they push into us, which we should be ready for, just make the kills and win the round.

RunItBack: Both maps went to the wire. After that Haven map, what was your mindset going into FPX’s pick, Split. What was running through your mind?

ec1s: First what was running through my mind was that I feel like we should have won Haven. I feel like we had a lot of control over the game and I feel like it was in our hands. We just kind of threw it away. But I said to the boys “listen guys, we might have just lost this map, but we had full control over this map, we should have won this, we can do the same here on Split and we’re going to take the win”. So we were always confident. Even though FPX was renowned to be really good on Split, we are really confident on our Split as well. And I knew we could take it.

RunItBack: What was the atmosphere in that overtime on Liquid [on Split] ?

ec1s: It was only positive, honestly. We all believed we could do it. We were all encouraging each other. Everyone was giving ideas. ScreaM was calling ideas, Dom [soulcas] was calling ideas. Everyone was giving ideas on what we could do. We kind of made it a rule on our team at the moment where if someone gives an idea or solution, we should just do it. Even if it might not be the best situation, we’ll just do it, we have the belief that it will work, and we’ll do it together.

RunItBack: This probably depends on the map. However, is your gameplan to play around ScreaM, or is that not the case?

ec1s: It depends. Obviously, ScreaM is a fantastic player. We want to set him up to be able to be in the star role and that’s one of my main roles by playing Breach. I’m trying to set him up for kills, flash him into places. I can’t lie, we do revolve quite a bit around ScreaM, but that’s just because we think individually he’s the best player in the world. Why wouldn’t we take advantage of that?

We thank Adam for his time and wish Team Liquid all the best of luck in qualifying for Challengers 2 at Valorant Champions Tour.