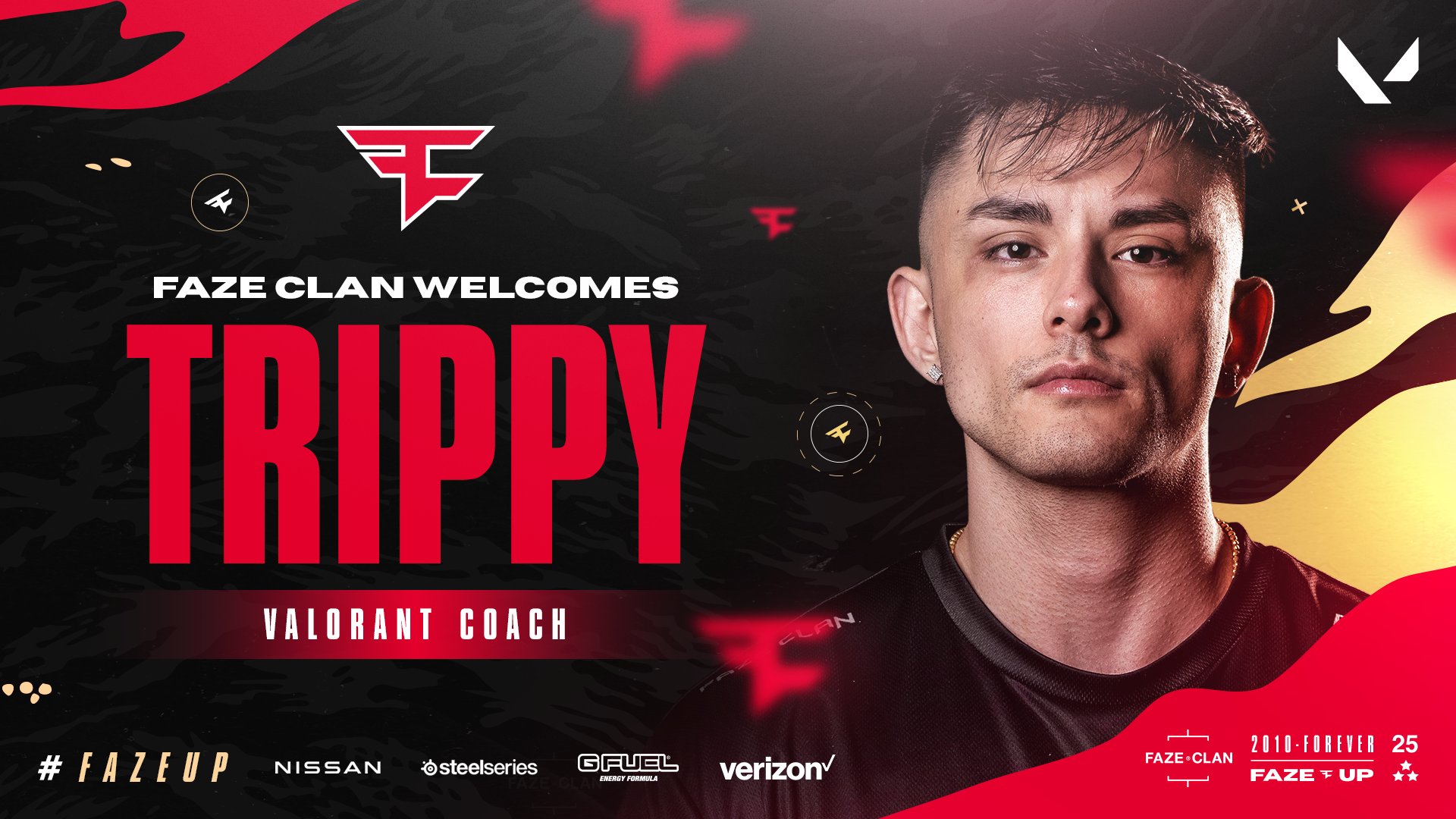 Trippy is replacing former head coach Salah “Salah” Barakat who left on October 27 and now coaches for the orgless team “honk”. This might not be big news to anyone who was keeping track of FaZe’s roster. Trippy has unofficially been on the team since the VCT NA Challengers 2 Qualifier on February 13. Even though they fell to XSET in Challengers 2, they came back with a vengeance in Challengers 3 and made it to Masters.

While we can’t find anything official about Trippy‘s esports past, some community members on Twitter and Reddit mentioned that he has experience in Crossfire, Counter-Strike, and possibly Overwatch. While it’s pretty common for CS:GO and Overwatch players to transition to Valorant, Crossfire players are less common in the scene. That’s not to say they don’t exist though. Brandon “Brando” Parker, Jordan “AYRIN” He, and Phat “supamen” Le all share a background in Crossfire.

We’ll keep you up to date on their performance at VCT EU Masters. As usual, remember to follow us at Run it Back and join our Discord for all your latest news, extensive guides, and exclusive interviews in the world of Valorant.