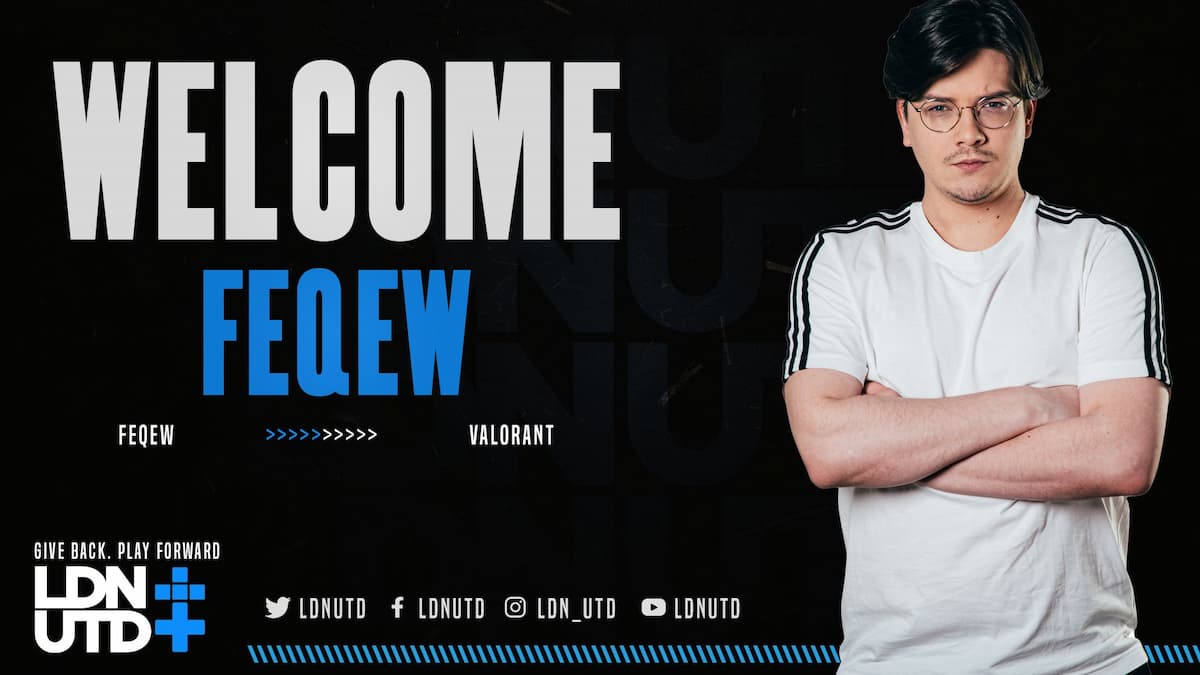 LDN UTD is making moves as they look to take the ESL UK Premiership Trophy in Valorant. Most recently, the team cleared a roster spot by dealing Ondřej “MONSTEERR” Petrů to Team Heretics. The roster spot that MONSTEERR once held now belongs to another player. The announcement comes from LDN UTD directly, revealing their newest member as Lukas “feqew” Petrauskas.

With the signing of feqew, the LDN UTD Valorant roster consists of:

Team Vitality entered Valorant on February 4, 2021 with feqew as a part of the team. On March 21, 2021 he was benched from the active roster. May 7, 2021 finally saw him released from his Team Vitality contract. Now, on June 4, 2021, he is excited to jump back into the server with an LDN UTD squad that is looking more and more formidable.

The former Team Vitality member first played with LDN UTD during the Rix.GG May Open. The team defeated WICKED 2:0 before falling in the Quarterfinals of the event. He has continued to play with LDN UTD throughout the beginning portions of the Valorant UK & I Skirmish. This announcement simply cements his place on the roster.

The influence of Valorant has reached different levels of players across the entire world. Every single one is looking to take their team to the top as more Riot Games hosted events take place. The Valorant Champions Tour is the number one goal. LDN UTD has put together quite the roster with the addition of feqew. Keep your eyes on them as 2021 continues and Valorant grows even further.