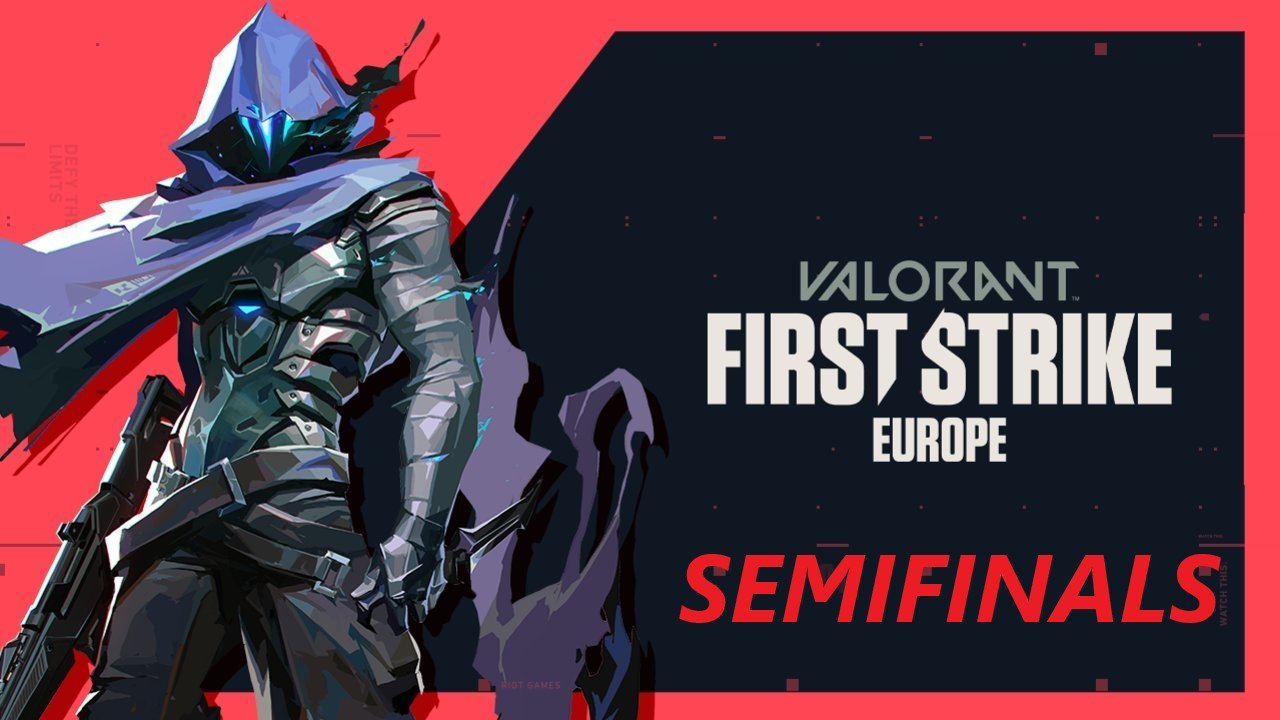 First Strike Europe Semifinals: G2 and FPX out as Heretics and SUMN make the final

Day three of the First Strike European Regional Finals brought us the two semifinals of the event. Team Heretics challenged the European powerhouse G2 Esports, while SUMN FC was looking for the upset on FunPlus Phoenix in the second semifinal of the day.

Team Heretics came into this one with a win over Team Liquid on Thursday. This was their true test, as now they had to overcome the best team in Europe. Hopes were high for G2 Esports to make it into the final.

The matchup kicked off on Ascent, where G2 would assert dominance very quickly by stringing six rounds in a row after a fantastic pistol on attack. It was only on round seven that Heretics put up their first round up on the board after a well executed defuse. The teams started trading blows from then on out, leading to a rather dominant 9:3 half for G2 Esports.

Team Heretics’ attacking side was of a different sort. Christian “loWel” Garcia Antoran’s side picked up the pistol, which propelled them to take the next five in-a-row before G2 finally retaliated with one round. This would be their first and last round as Heretics did not lose steam whatsoever. Expertly executed rotates kept G2 guessing, and so Heretics would surprisingly take Ascent for themselves with a 13:10 score.

Similarly to Ascent, Bind saw G2 start out on defense and this time around, stringed eight in-a-row to once again try to put Heretics out of the map. On round 9, Melih “pAura” Karaduran and Dustyn “niesoW” Durnas combined fragging power to finally get a round up on the boards for their Heretics side. This led to Heretics gaining momentum and getting the next three rounds as well, making it a 8:4 in favor of G2 nevertheless.

G2’s attack was just as ferocious as their defense on Bind. An all-around team effort from G2 guaranteed them the pistol, as well as the two rounds, following a 3k by Ardis “ardiis” Svarenieks. A well executed defuse by Heretics got them one round closer and fans were on the edge of their seat, looking out for a possible start of a comeback. That did not happen as the next two rounds would be all G2, as a team ace and a 4k by no one other than Oscar “mixwell” Cañellas Colocho, closed out the match 13:5 in their favor.

It was now all square as we were heading into the decider map, which turned out to be Split. Split saw Team Heretics bag the first four rounds after a series of confident site defuses on their defense side. G2 got rolling starting round 5, as mixwell’s 3k got them finally back in action. Two team aces and fragathons later and the half was all square at 6:6 as we were in for a real treat in this match for the final.

G2 were back on track on Split’s defense side with a mixwell-ardiis show on the retake to defuse the Spike. Heretics denied G2 from gaining momentum by winning the following eco round. From then on, an absolute gritty match emerged, neither team letting the other gain a significant amount of rounds. At a 10:11 lead for G2, something switched on in the heads of the Heretics players. loWel came out with a 3k on the penultimate round, while Heretic’s Raze player, Žygimantas “nukkye” Chmieliauskas would end the series with an ace, leading to the biggest upset in perhaps all of First Strike.

Team Heretics are the first grand finalist of Europe’s First Strike Regional Finals after the most exciting best-of-three at this event.

The second and last semifinal of First Strike Europe Regional Finals brought us one of the favorites to win the tournament, FunPlus Phoenix (FPX), and the only remaining unsigned team in the event, SUMN FC. Much like the G2 vs Heretics matchup, this one went all the way in this BO3 showdown.

The first map was FPX’s pick. And it really showed, as Kirill “ANGE1” Karasiow’s side dominated on their own pick. The half was all FPX as SUMN was getting outfragged all over the stage. SUMN managed to get a defuse on the third round and drain down the time on round 10, but that was all they had to say in the round as FPX closed out the half heavily in their favor, 10:2.

SUMN FC took the initiative on the attack side of their own as they grabbed the pistol and the subsequent round to start the comeback chase. This was short lived, however, as ANGE1 absolutely popped off to propel his side to victory on Split with a one-sided victory of 13:8.

The second matchup brought us to Haven, where we saw SUMN take the initiative. Jake “Boaster” Howlett’s side would find their drive. Starting out on the attack side, SUMN would go the half simply relying on their aim and fragging power, getting all rounds they put up on the board by simply slaughtering the defenders. On the back of an impressive Sova performance by Andrey “Shao” Kiprsky, FPX managed to challenge the half, bringing it closer than it initially should have been. The half went SUMN’s way, 8:4.

The second half brought us close action, as SUMN took the first three rounds to bring them to a hefty 11:4 lead. FPX woke up for a brief while as they managed to bring three back to get within a comeback potential. This did not go very far as SUMN closed things out on round 21, after a well orchestrated defuse with Domagoj “doma” Fancev’s 3k. SUMN made it all square on Haven at 13:8.

The BO3 went all the way as we were in for a real surprise on Bind. ANGE1 and co. looked extremely out of place on their attacking side. SUMN FC managed to garner a total of seven site retakes and defuses in the half. FPX failed to successfully defend the Spike after they have penetrated the site. SUMN looked confident as ever on the retakes, leading to an extremely one-sided lead on their defense side, 10:2.

Fans watching were in awe of what was happening as FPX was trailing heavily. To add to the fire, SUMN grabbed the pistol and the following round, making it 12:2. This meant that the Phoenixes had to take back ten straight rounds and force overtime to stand a chance. ANGE1’s side managed to get four in-a-row after a short burst of energy, but it all fell apart on round 19, when Boaster decided to end it all and his side would end the Bind with a score of 13:6 in their favor.

No one saw this coming. Two massive upsets in one night after fierce rivalry on every front. For Valorant fans, this evening was an absolute jaw-dropper.