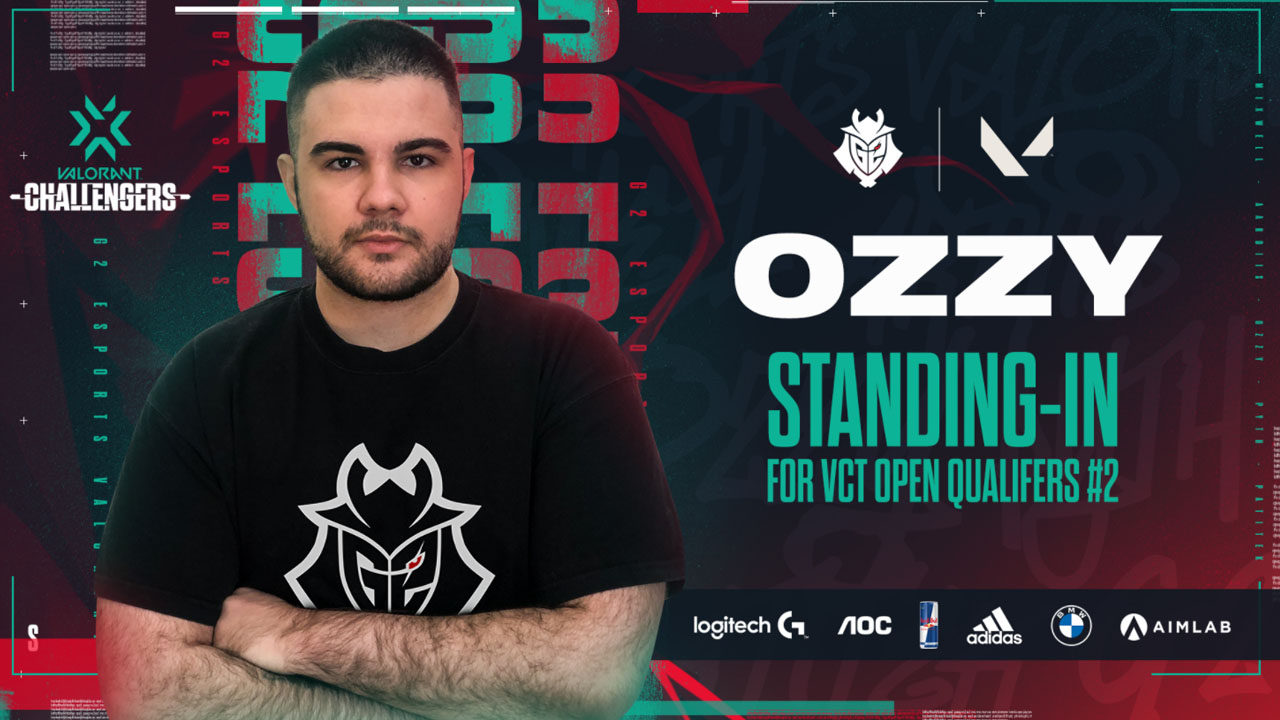 After a distasteful start to VCT Europe Stage 2 Challengers 1, G2 Esports have decided to try out Oscar “ozzy” Scott as stand-in in-game leader (igl) ahead of the upcoming Challengers 2 event. The British-born will be temporarily replacing Aleksander “zeek” Zygmunt on the international roster.

Oscar “ozzy” Scott, while not a very famous name on the Valorant scene thus far, has immense experience from the CSGO scene. Most notably, ozzy was part of the Vexed Gaming roster. His most notable victories include 1st place finishes at epic.LAN 21, Insomnia 61, as well as ESL Premiership – Winter 2017: Division 2. In 2019 ozzy joined DarkSpawn Gaming before moving onto ROYALS. However, results at those two teams left a lot to be desired.

In Valorant, ozzy was briefly a part of HSDIRR, joining on March 25. This was an extremely short tenure as just two weeks later he joined G2 as stand-in igl. Before that, he was mostly a part of the organization-less team named “unsigned”.

G2 Esports, being Europe’s most dominant force in 2020 up until First Strike, failed to live up to many peoples’ expectations in 2021. Failure to qualify for Masters 1 was paired with a disastrous start at Challengers 1 Stage 2 following a massive upset by Team Vitality at Round of 32. G2’s decision to bring ozzy into the roster is to see if they will perform better with a designated igl. Perhaps that is what the team needs to get back to their winning ways.

VCT Europe Stage 2 Challengers 2 open qualifier kicks off April 10. Shortly after, the main event will take place from April 15 to April 18. We will keep you informed on all the major happenings at the main event.