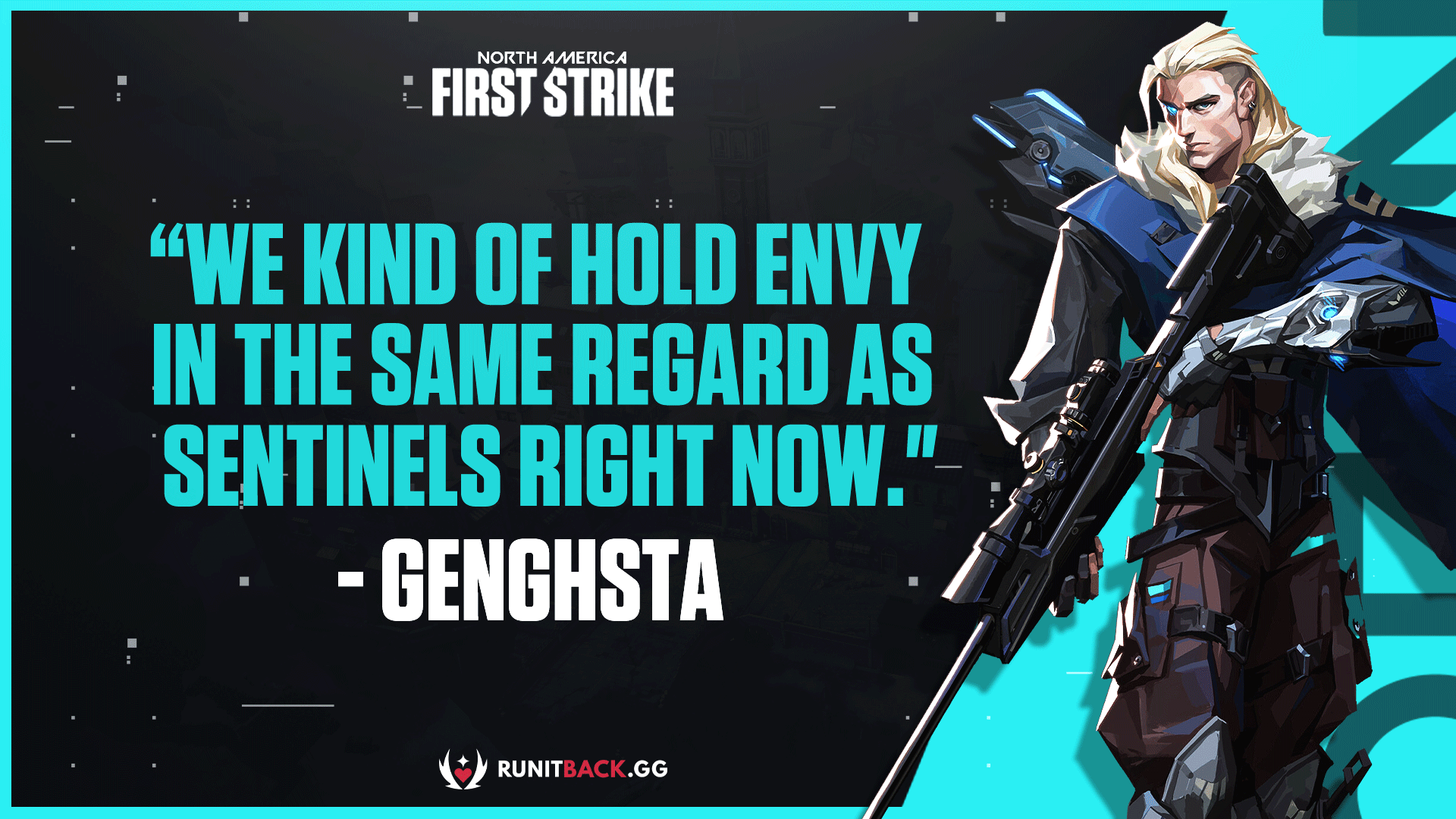 Genghsta is confident Immortals will bounce back in 2021

Following the opening day of the North American First Strike tournament, Run It Back was able to speak with several of the Valorant players. Immortals faced a tough Team Envy, falling 2:0 to the Number 1 seed. Immortals’ very own Amgalan “Genghsta” Nemekhbayar was kind enough to speak with us regarding the match up, his thoughts on Team Envy, and what is next for the Immortals team.

Genghsta is confident Immortals will bounce back in 2021

Run It Back: What do you have to say about Team Envy? Did you approach this match up any differently knowing they are the number 1 seed?

Genghsta: We kind of hold Envy in the same regard as Sentinels right now. We kind of thought, whatever, we got 8th, they’re 1st. We have to play them. We prepared the same way. It didn’t really affect our mentally, playing the 1st seed. Obviously, they’re 1st seed through results, but we didn’t actually regard them that high. Going in, I would say I was pretty confident. I don’t know about the others, but as a team we should’ve been confident.

Run It Back: What’s the one word to describe how you are feeling after a tough loss like the one to Team Envy?

Genghsta: Disappointed. I think we definitely should’ve won that. We just didn’t have the confidence, like how we normally play. Me personally, it felt like we weren’t playing the same way we’re used to. That really affects how we play. Most of our plays are confidence plays. We take that aim duel and we win it. We get picks like that. We just had to play like it was a scrim. I felt like we didn’t do that. After the loss, I am pretty disappointed and sad. We, as a team, already know what we messed up on. We’ve already talked about it right after the match. That gives me hope knowing the new season is going to start in 2021.

Run It Back: Is there anything from the match that you would go back and do differently?

Genghsta: The round where we went A, it was 11:11. The Omen flash, we should have spoken up. We had like 50 seconds. Other than that, though, no honestly. I think I did all I could. There was probably more I could do, but at the time, I felt like I was doing my job.

Run It Back: Regarding the comeback attempt on Ascent, what were the comms like? Was it concise or was it a bit more energetic and frantic?

Genghsta: After we lost the pistol and eco’d them, the comms were pretty good. We were confident. We were screaming “Nice!” “Nices” were going around. And then we got eco’d again. I wouldn’t say it changed. We thought “oh well, that’s unfortunate.” We took it one round at a time. We calmed ourselves down. We knew we could come back. Honestly, this isn’t the biggest comeback we’ve done. We tried our best to play how we usually do and not change anything even though we’re down. That’s the most important part. Overall, comms were pretty calm until the last round. Everything was concise and well-spoken. I wouldn’t say anything changed.

Run It Back: Is there anything you’d like to say to the fans cheering on the Immortals team as you look toward the future?

Genghsta: To the fans, we’re sorry that we lost. It’s very unfortunate, but we made it to First Strike. People really didn’t expect us to make it, especially with a sub. From now on, you can expect this level of performance as we try to be top 5 in NA. I’m confident in our future. If the fans stick around, we can show them something big in 2021.

Run It Back appreciates Genghsta’s time and wishes him and Immortals the best of luck moving forward.

Stay tuned for more First Strike coverage from across the globe, along with additional player interviews!