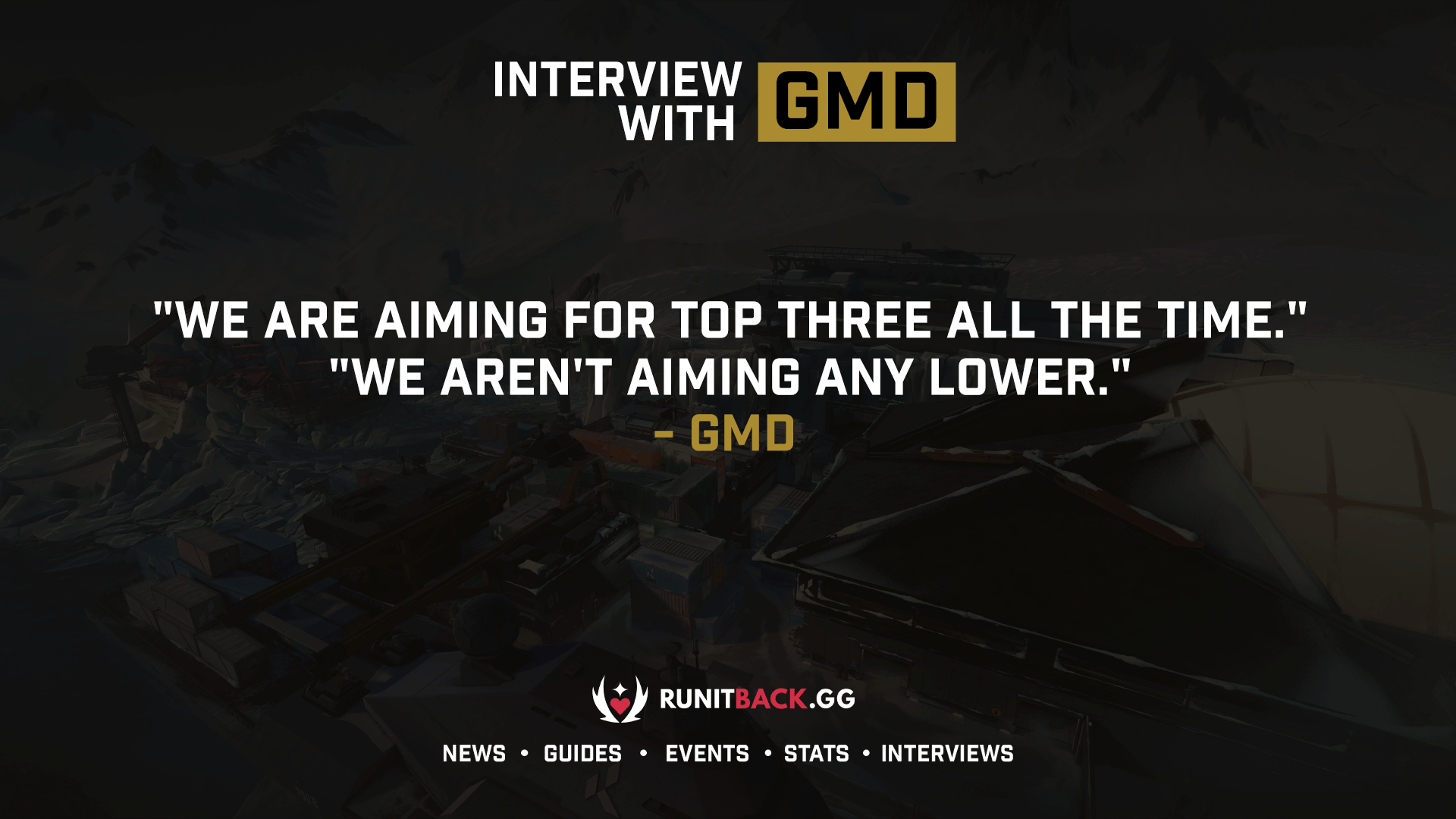 Gen.G Esports had quite the busy day in the VCT NA Stage 1 Masters tournament. After originally falling to Team Envy, Gen.G made a stellar run through the Lower Bracket. That culminated in two best-of-three contests. They defeated a very talented Team Envy only to be dismantled by a red hot FaZe Clan immediately after. Once Gen.G was eliminated from this first Masters event, Run It Back spoke with Anthony “gMd” Guimond. He expressed pride in his team, discussed how the first series affected the team going into the second, and let it be known that Gen.G has their sights set on a Top 3 ranking in North American Valorant.

Run It Back: XSET, 100 Thieves, and Team Envy in a rematch. That’s quite the slate of opponents to defeat in the Lower Bracket. Even after falling to FaZe Clan, how proud are you of the team for making it this far in the tournament?

gMd: Definitely proud. We qualified in the last Challengers as the eighth seed. That’s the worst seed we could have. We played Envy in the first game. I think we could have won that game, but we went down to the Lower Bracket right away. And as you said, we beat XSET and 100 Thieves, now Envy. I honestly think we were in the game with FaZe, too. It was close. Props to them. I’m very happy with everyone. I couldn’t be happier and more proud of the homies. Of the boys.

Run It Back: It looked pretty bleak coming out of Ascent against Envy. What kind of adjustments were made by the team in order to close out the next two maps?

gMd: I don’t know if FNS put in a lot of time on our VODs of Ascent, but I just feel like we were getting shut down. Like shut down. I don’t think we played any rounds close. That was tough. When it’s not going your way, you say “Whatever, man,” and not even think about it. Don’t worry about it. Don’t let it play in your own head.

If I thought about it too much, I would’ve thought they watched our VOD too much and would have changed everything. Then we wouldn’t have played our game. That’s something I did not want to do. I was like, “F it, don’t even think about it.” Just like a rank game, “GG, go next.” We didn’t adapt to anything. We played our game. I know I say that every time, but we played our game. And it paid off.

Run It Back: Moving on to the series against FaZe, do you feel having played a series just prior affected the outcome at all?

gMd: It was definitely draining. It was not an easy B03. After all three close maps, we didn’t have much time in between. We were definitely drained. I saw some shots being missed that we don’t normally miss. If it had been a 2:0 or something a bit lighter, I think that would have helped us. Usually, you get warmed up, but we had no energy left. It showed in our shots and in our decision making.

I don’t feel we made the same decisions that we would have in the first B03. It definitely mattered. The fact that they (FaZe) could watch our games, and we play the same maps over and over, they knew how we played. I don’t think they had to adapt too much. We were definitely hyped up and warmed up, but at the same time, everyone was a bit tired. It kind of showed in our duels.

Run It Back: Watching it live, it was much closer than a 2:0 defeat indicates. Are there any specific moments you can pinpoint that may have been your team’s downfall?

gMd: I feel like we were in it on both maps. We overthought a bit of what they did. On Ascent, we should have went B more. We should have abused that. Then on one of the first gun rounds on their attack, they did a B split. I did 140 to one of them, but we lost the round 2v1. The first gun round in a half is huge. They snowballed off of that. On Bind, they eco’d us right away. They won their key rounds. 100% they won their key rounds and we didn’t.

Run It Back: Third place in the first Masters tournament is no easy feat. Still, it isn’t the top of the mountain. What is next for Gen.G in order to take that next step forward?

gMd: We are aiming for top three all the time. We needed time for sure, but we are going to give it our all to be a top three team every tournament. We aren’t aiming any lower. I think we have the potential and the skill that we need. It is tough to be top three in NA right now. TSM used to be there and now they’re not, you know? We’ve got to not be complacent. We have just got to keep going.

*Answers and questions may have been slightly edited for fluidity and clarity.*

Stay tuned to Run It Back for the best Valorant coverage as 2021 and the Champions tour continues!