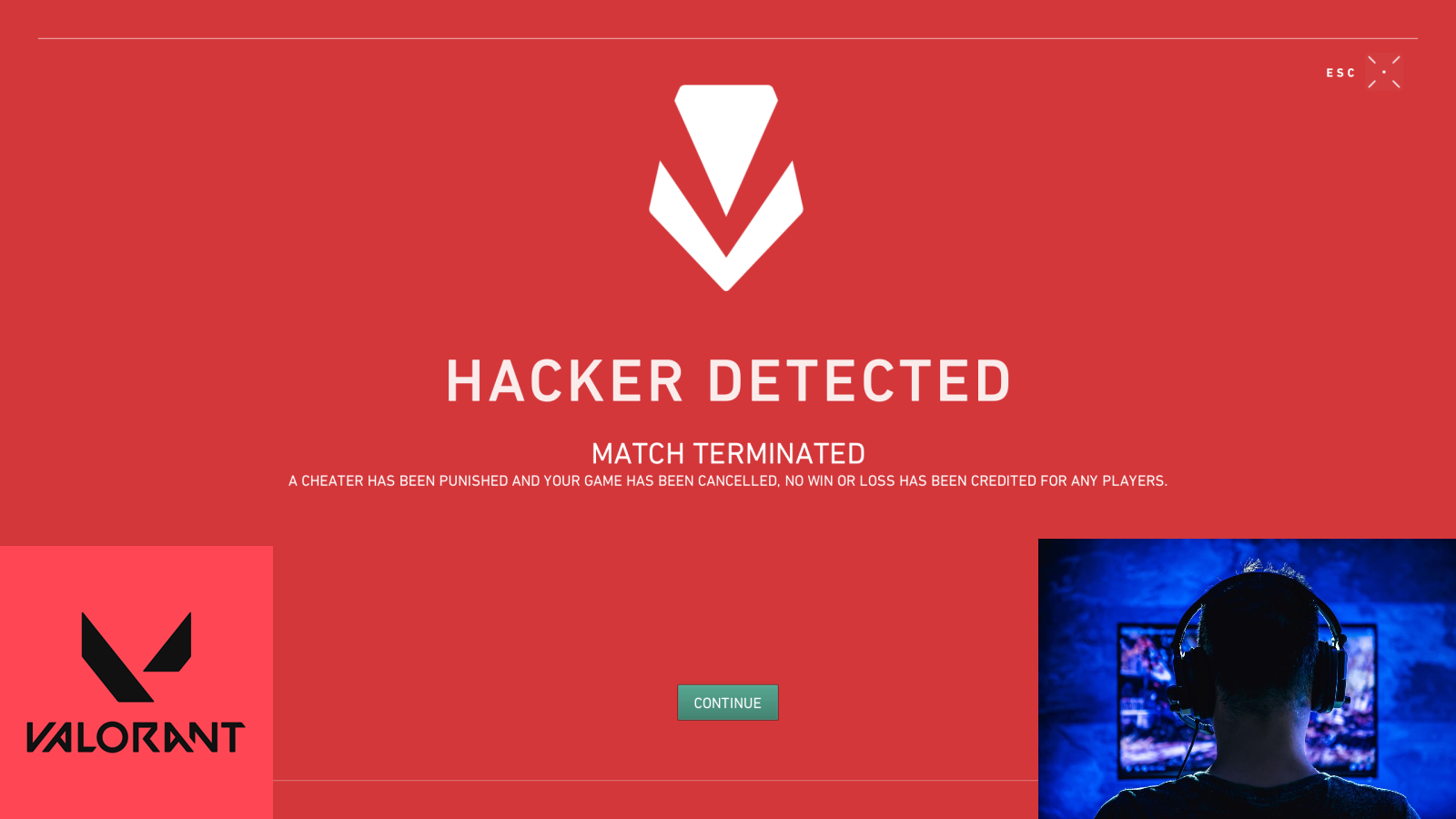 Interview: Valorant’s GamerDoc Speaks Out About His Life as a Cheater Assassin

Cheating is a widely-known problem in the gaming and esports community. While some have stayed passive and accept that cheating is, and will, be a problem in their favorite video-game title, others have taken matters into their own hands. Mohamed “GamerDoc” Al-Sharifi has been on the prowl for cheaters for a very long time. What started out as more of a hobby, turned into a full-time job at Riot’s Valorant for the 24-year-old Iraqi, now living in London, England.

From Zero to Hero

Let’s start from the very beginning. Mohamed was born in the highly oppressed country of Iraq. Given the situation, he was lucky enough to flee from his country and make it all the way to Great Britain. Despite emigrating to London, England, the 24-year-old’s life was full of ups and downs even then, as he struggled in school and failed to pass his exams. Fast forward and, as he described in his TwitLonger post, just last December Mohamed became homeless, surviving off of a restaurant’s warmth and using their wi-fi to continue his passion for hunting cheaters. He pressed on nevertheless. Despite his situation, he found the drive to get back up on his feet. Now, he got offered a job at Riot and will continue doing what he has been doing best over the last couple of years.

Run It Back: You had quite a rough past, coming in from an oppressed country and struggling at first after you made it to London, as you described in your TwitLonger. Do you think that your times of hardship made a stronger person, one that is now officially working for Riot?

GamerDoc: I’d say I wish I never had to face through it, since I have missed out on a lot of things in my life. I guess it’s maybe jealousy on how others live their lives in this modern culture, but I guess I managed to push through it all.

Run It Back: You currently live in London, England, but you come from Iraq. How hard was it to assimilate into the drastically different culture of London?

GamerDoc: It was ok, it took time to understand how modern cultures work, but I got around it.

Just like a prosecutor, being a cheater-hunter may result in less-than desirable situations. Namely, GamerDoc faced death threats on a regular basis. Exposing cheaters to the public ruins their reputations and puts their esports careers in danger, or ends them entirely. Exposing cheat-makers cuts their source of income, while also becoming subject to being sent to court.

Run It Back: Being a very successful cheater hunter, you’ve received death threats. How dangerous are, and were, those threats? Did you ever end up in a truly life-threatening situation because of your work?

GamerDoc: I mean I get death threats pretty much every time I open discord or twitter. But lately, those death threats have stopped. I think they understand that I don’t really care what they say. I mean of course, it’s a scary thing to have someone say they will send a hitman after you, but from the number of threats I have received I don’t think I’ll get killed anytime soon, or the hitman they are hiring is pretty bad at finding me.

From Overwatch to Valorant

GamerDoc’s interest in combating the cheating issue started so long ago that he finds it difficult to count the years he spent on doing what he does best.

Run It Back: You’re known in the internet as a “vigilante” that is on the prowl for cheaters in video games. How long have you been refining your craft of bringing cheaters to face justice?

GamerDoc: I have lost track of time, honestly. I just love doing this. Personally, I have failed a few times but that only makes my craft stronger. I have gained so much knowledge from within the cheating community and outside of it, that I can safely say I am well knowledgeable in my field.

Mohamed first made his name in Blizzard’s Overwatch. In it, he waged a war against Overwatch cheaters, working closely with Blizzard. GamerDoc was extremely successful in his endeavours there, and his effectiveness propelled him to where he is today.

Run It Back: You started your cheater-hunting journey with Overwatch I believe. Were there any other titles in which you took care of cheaters, except for Valorant?

GamerDoc: No, Overwatch was the only title I voluntarily worked for. I tried to help Blizzard best I could with my work. After that I went to Valorant, to work for Riot.

In an effort to share his adoration for hunting down cheaters, Mohamed created Anti-Cheat Police Department. A group specializing in gathering intelligence in order to get cheaters, as well as cheat makers, banned and or exposed. Full of volunteers, Anti-Cheat PD is most famous for Overwatch bans, but also exposes cheats and cheaters in other titles, like Rogue Company and Valorant.

Run It Back: You created Anti-Cheat Police Department. A network of cheater hunters such as yourself. Since you’ve been hired by Riot, how will it now work? Will you still be tied to Anti-Cheat PD?

GamerDoc: It will continue as it was, but with my staff instead of me.

Run It Back: Before joining Riot, how much time did you spend on catching cheaters? Was it a daily thing? Or did you have periods of intense work, followed by slower days?

GamerDoc: I would work 8-12 hours per day to find cheaters when I did my work at Anticheat PD.

Run It Back: Is there anything you’d like to say to the public? Any final words to live by?

GamerDoc: “In the midst of chaos there is also opportunity” – Sun Tzu.

Check out GamerDoc and Anticheat PD on Twitter for the latest busts in competitive video game titles.

Tune in to Run It Back for all the latest news, extensive guides, and exclusive interviews in the world of Valorant.

*Answers may have been altered minimally for the sake of clarity.*