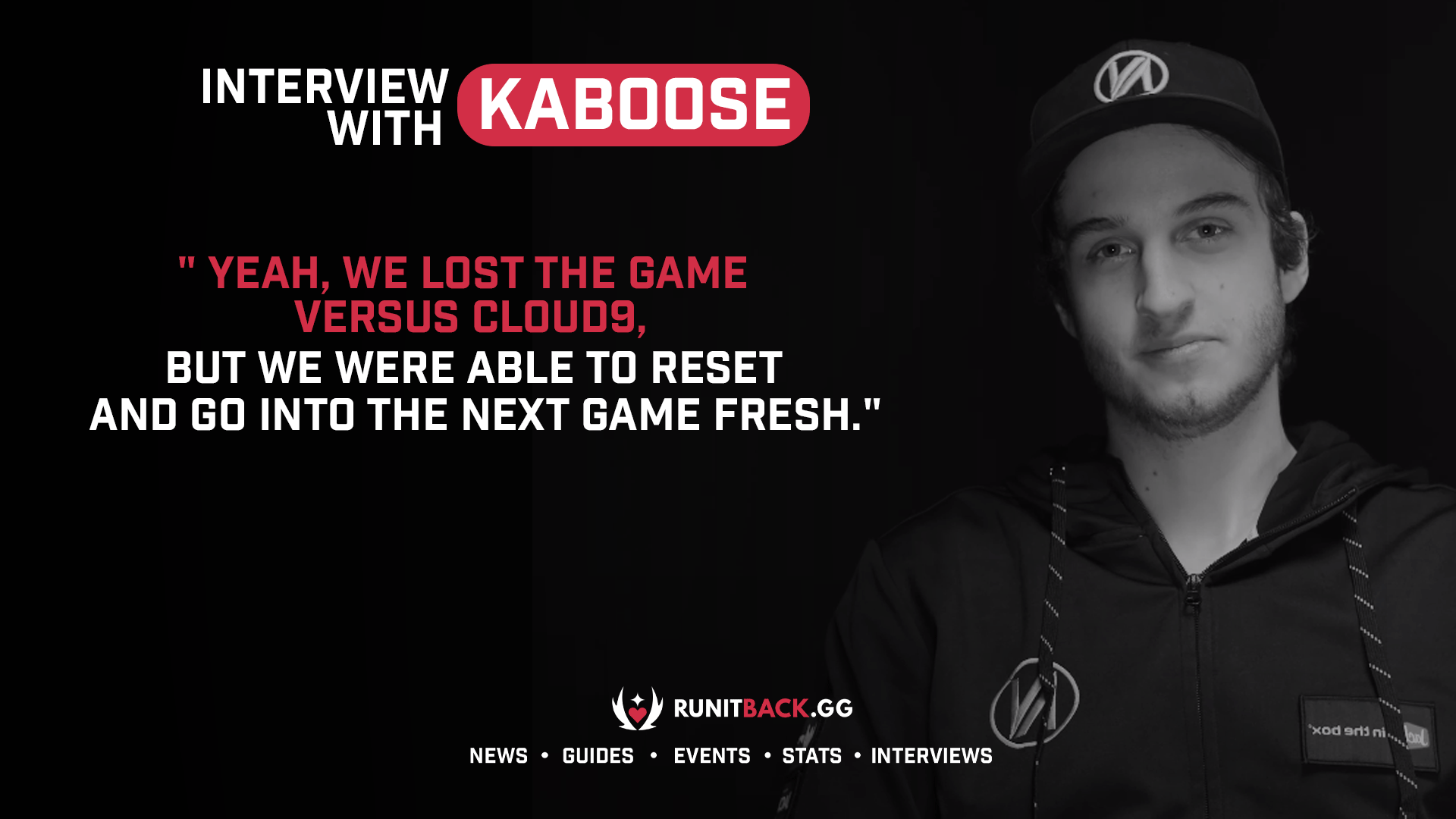 Team Envy has always been regarded as one of the best Valorant rosters in North America. Their consistency is what gives them that label. During the first day of NA Challengers Finals, that was put to the test against a hot Cloud9 Blue squad. Team Envy were dismantled in that C9 series, but bounced back strong in yet another close battle with XSET. Once the match against XSET was won, Run It Back spoke with Jake “kaboose” McDonald about clearing his head after a loss, keeping his cool in close games, and how the team keeps things fresh to avoid being countered by others.

Run It Back: The entire team had trouble getting things going on both Haven and Ascent against Cloud9 Blue. What do you attribute that to for the team as a whole and you personally?

kaboose: One of the things that really stuck out to me was the lack of early rounds, specifically the pistols. We weren’t really winning any pistols. And the times we won pistols, we’d get fully Classic’d the round after in both games. The start of each half really contributed to the close score lines today. That is something we want to tighten up and fix for the future. That’s a pretty big factor.

Run It Back: How did Team Envy regroup after the loss in order to approach the match against XSET with a clear mind?

kaboose: We’re all professionals. We’ve all been doing this for a long time. We’ve all lost games before and won games before. Yeah, we lost the game versus Cloud9, but we were able to reset and go into the next game fresh.

Run It Back: The entire series against XSET was very tight. During the comebacks, such as Envy’s on Bind, XSET closing it out on Ascent, and attempting to force overtime on Split, what was the team mentality? What were the comms like?

kaboose: Like I’ve said, we’ve been doing this a long time. It doesn’t really rattle us when games get close. When we’re down like 9:3 at the half, none of us think we’re out of it. Let’s just go next. Especially when they were having the comeback on Split, we know we have a consistent game plan that we trust to close the game out. We just trust our game and it got us through in the end.

Run It Back: Normally you’re on Raze, but we see you play Omen on Split and Raze picked up by Victor. Could you explain the switch on Split and how that specific team comp came to be?

kaboose: For Split, it is the only map we run Jett on at the moment. We have double Duelists on every map, normally me and Victor. The Phoenix and Raze combo. But on Split, since we want to use Jett, we put mummAy on that role as the Oper and let Victor keep the Duelist role, as well. I have some Omen experience from the past, so I took the Omen role on Split. It all feels pretty comfortable.

Run It Back: Team Envy is one of the most consistent Valorant rosters in North America. Do you think that consistency might be going against you now in terms of how teams can prepare for Envy?

kaboose: I wouldn’t say so. Teams can’t really look back on our previous tournament and study super hard. We do a lot of adjusting after each tournament, changing up comps, adding new setups. We readjust. Teams watching us in other tournaments won’t get too much out of it, with our play style and the way our team functions.

Run It Back: If Team Envy does make it Iceland, are there any specific international teams that you want to go up against?

kaboose: Vision Strikers definitely comes to mind. I’d like to play some of the European guys, as well. I think it’d be really cool to play Liquid or G2, but Vision Strikers for sure. They have the best record in the game and I’d love to see how we match up against them.

Stay tuned to Run It Back for more VCT coverage and player interviews as Challengers Finals continues!