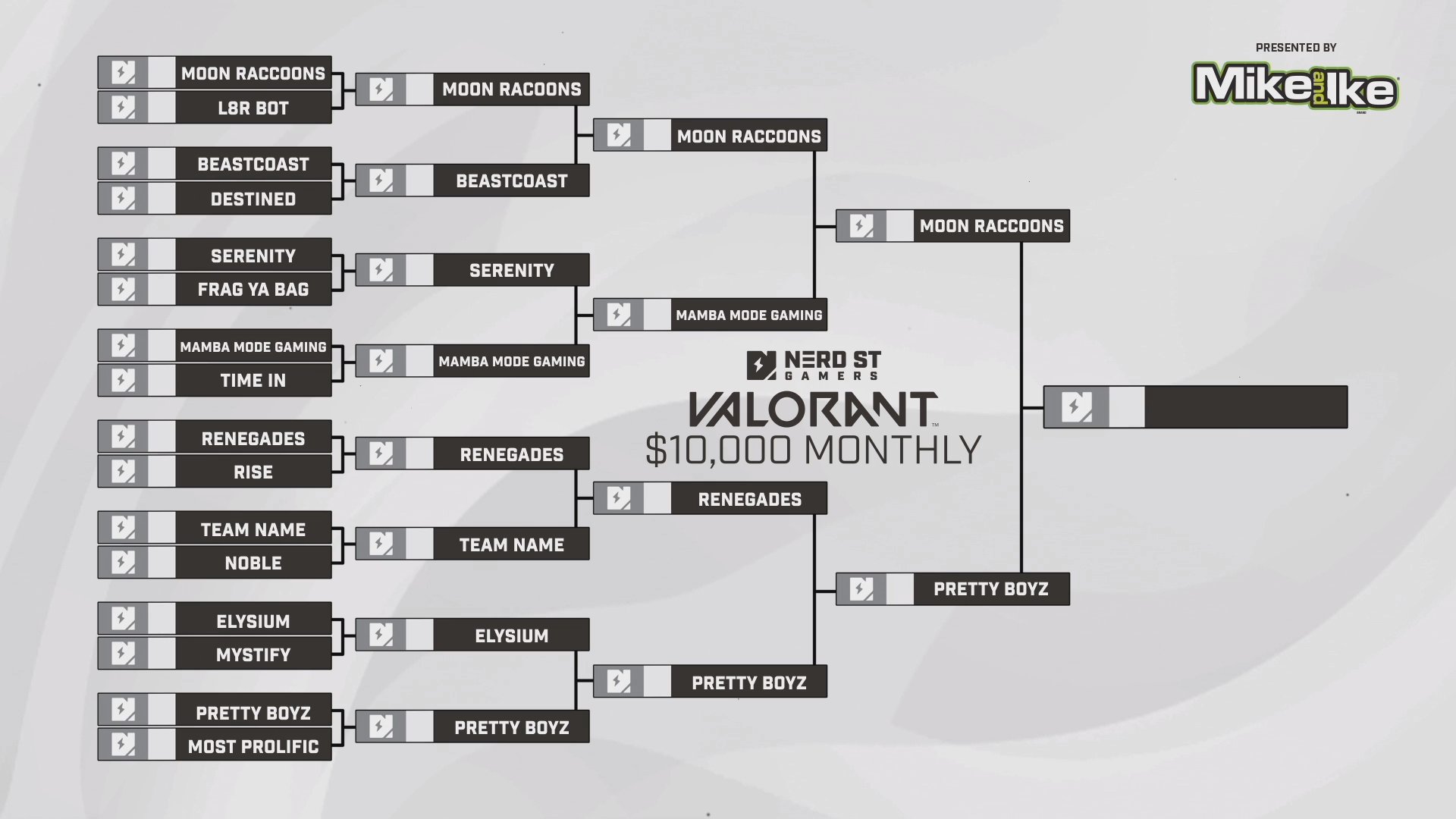 The event took place from October 4 – 25, and featured a total prize pool of $10,000. A total of 32 teams from the North American (NA) region competed in the event. Split into eight groups of four teams, two teams from each group progressed on to the playoff bracket. The group stage format consisted of a double-elimination bracket. The playoffs consisted of a single-elimination bracket, with all the matches being best-of-three (BO3).

The sixteen teams that made it through to the playoff bracket are listed below:

Pretty Boyz dropped two maps on their way to the grand final, one against Elysium and the other against Renegades. Impressive results for a relatively new team on the scene. They were able to defeat Moon Raccoons in the grand final 2:0, securing themselves the tournament victory.

Mamba Mode Gaming was able to defeat Renegades 2:0 in the third place decider match, securing themselves $1000 for their trouble. We imagine that both of these teams would have been expecting to win an event like this, considering the competition. Both MMG and Renegades must surely be disappointed for not even making it into the finale of this Nerd Street Gamers event.