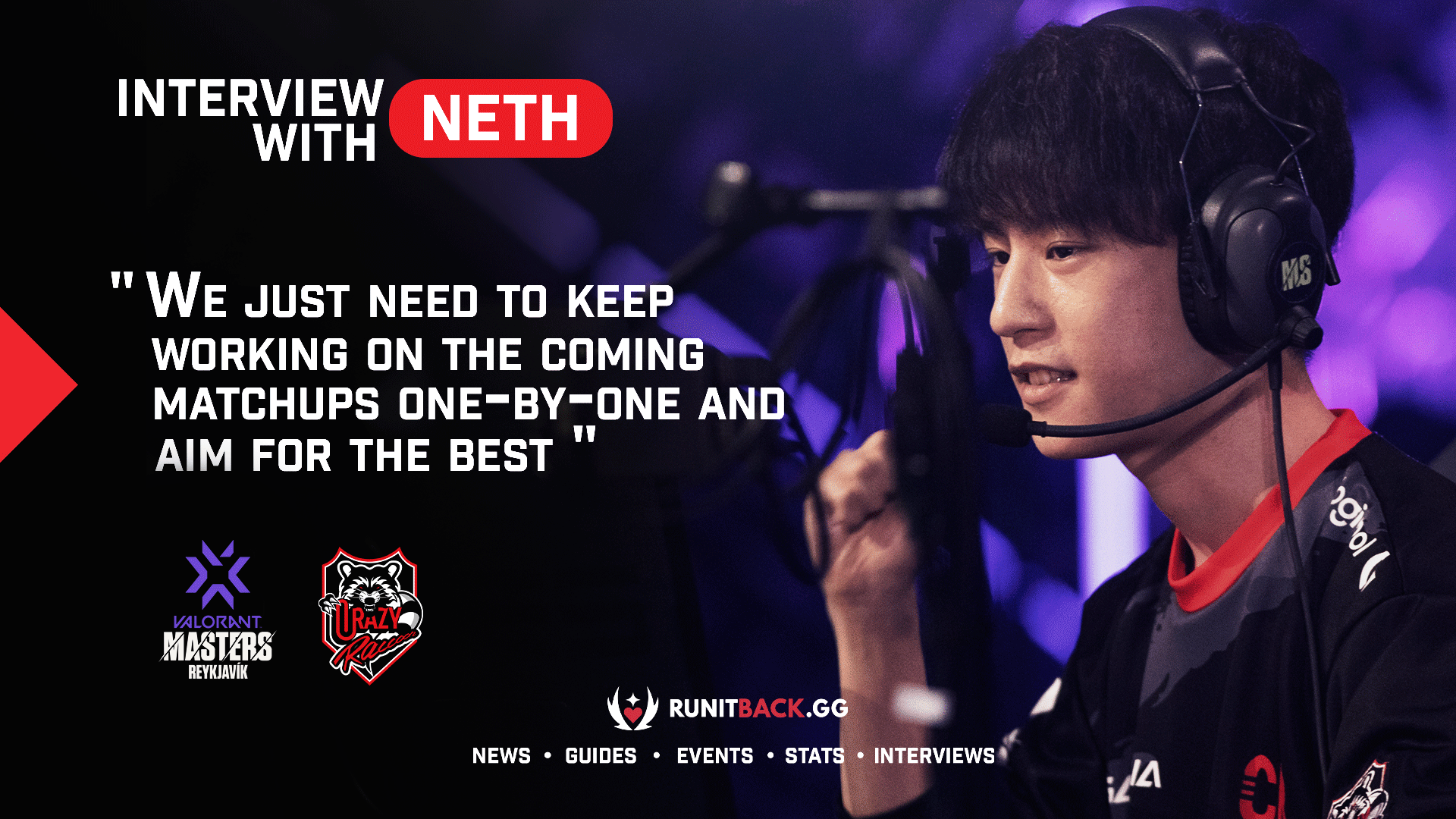 Masters Reykjavik is in full swing, with Day 1 behind us. The first day of the event saw FNATIC, Version1, and NUTURN Gaming take victories after gripping matchups. Crazy Raccoon was sent to the lower bracket of the event after falling to the North American Version1 squad.

We got to have a brief chat with Crazy Raccoon’s Killjoy main, Yusuke “neth” Matsuda. The Japanese-born briefly told us how he felt after the matchup against Version1, followed by what he thinks the team needs to work on in order to survive their upcoming run in the lower bracket of Masters Reykjavik.

Run It Back: First of all, this was Crazy Raccoons’ first international matchup against North America. Overall, how did it feel to play against Version1?

neth: After we came to Iceland and started scrimming, we were doing really terribly. But after all those matches, due to learning so much during those matches, we feel like this experience we accumulated is almost like a win for us.

Run It Back: Were there any differences in playstyle against Version1 that surprised you in this matchup. Anything that caught you off-guard eventually leading to your team’s loss?

neth: There was nothing really that was unexpected from Version1. They played pretty similar picks as they did in NA. We also felt similar levels of aggression when playing against Japanese teams as with Version1.

Run It Back: You are Crazy Raccoon’s Killjoy main. Despite the loss, you set a great example on how to play Killjoy by clutching out some key rounds. What in your opinion makes a good Killjoy player on such a high level?

neth: I believe my Killjoy is terrible. I still keep learning to progress.

Run It Back: Is there any other agent you feel confident on and would like to try out in the future?

neth: My favorite agent is definitely Raze. I’d really love to pick her in an international event, but for now we are not sure whether that will happen.

Run It Back: So Crazy Raccoon are going to the lower bracket. Do you think you guys have what it takes to make it through? Also, anything you guys have to work on following today’s loss?

Run It Back: How is the experience so far in Reykjavik for you? Is it difficult for you to adjust playing away from home?

neth: I have some experience in competing in offline (LANs). Just being here and scrimming with all the different Valorant teams from the world is great. I’m enjoying every bit of it.

We wish neth and his Crazy Raccoon side all the best in the remainder of the Masters Reykjavik Valorant tourney.

*Questions and answers may have been altered slightly for the sake of clarity.*