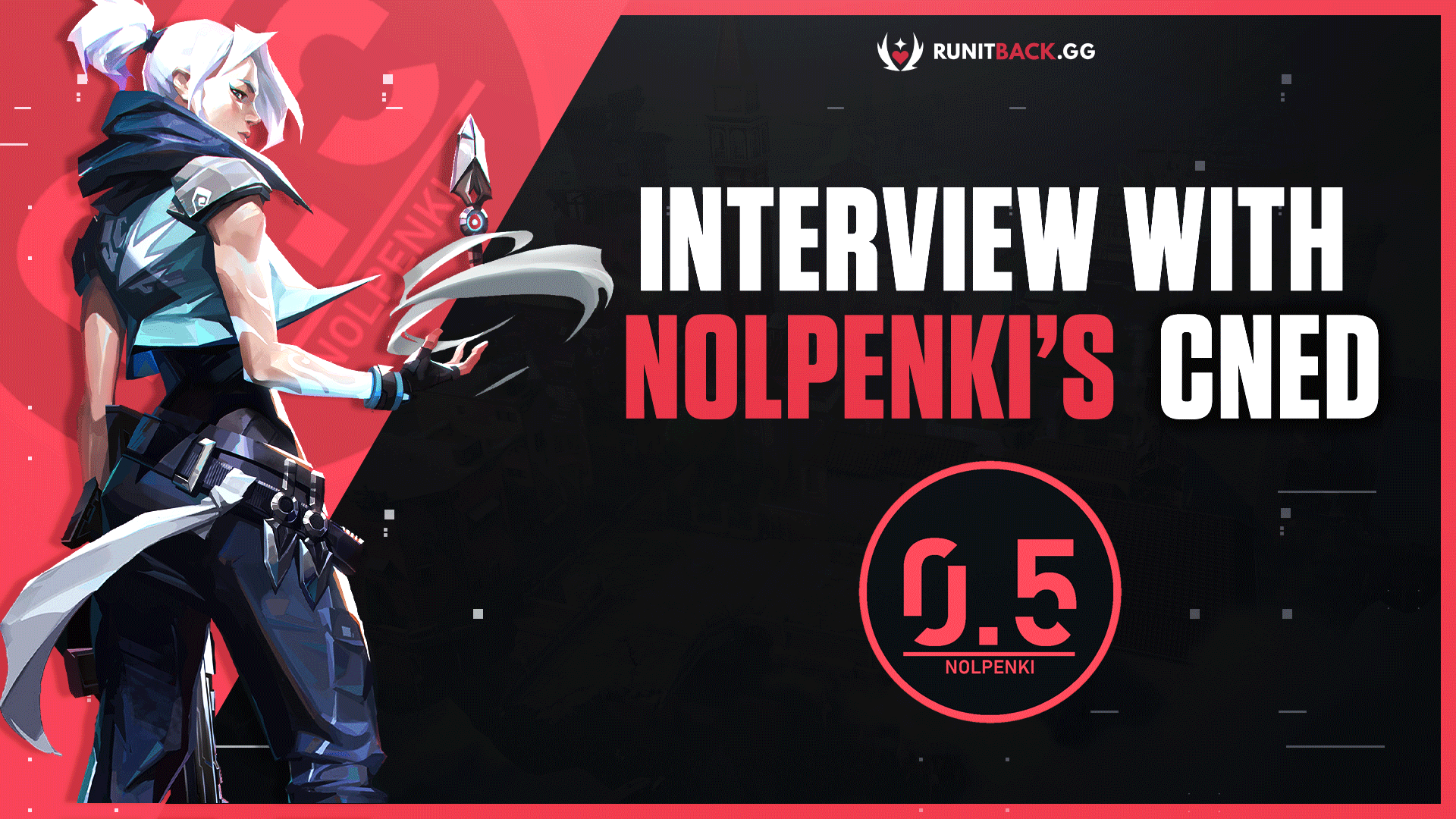 Run It Back’s Wiwona sat down with nolpenki’s young Turkish star, Ben Mehmet “cNed” Yağız İpek, to have a brief general chat about his life as a full-time Valorant player. cNed gave us some insight into his routine, family support, and other matters.

But first, an introduction.

cNed was first exposed to competitive first-person-shooters (FPS) titles due to his older brother, Alihan “deNc” İpek. deNc was also not just another casual fps player. Infatuated with Counter-Strike, the Turk played in some qualifiers and more local Turkish events. Never really breaking through to the international stage, deNc instead resorted to more local events. cNed’s older brother can be still found streaming on Twitch today. Starting off with the nickname, cNed may not have been where he is today without his older sibling.

Unlike many professional Valorant players out there, cNed did not come directly from Counter-Strike. Instead, his competitive roots lie elsewhere. In the Turkish title Zula. Being a very similar title to Counter-Strike in terms of mechanics and map design, Zula was cNed’s starting point, as he competed with a team in the competitive title. This propelled him to get the initial taste for a competitive scene.

Fast forward to mid-2020. cNed gets his hands on Valorant’s beta key and hops into the game, kicking off his streaming career in Turkey in the meanwhile. MoG Valorant Cup #1 was the first time we saw cNed compete. The Turkish event saw his team, Apeiron, take the trophy after a strenuous journey filled with best-of-one and best-of-three matches. From there, things simply aligned for cNed as he also won Spike Cup, a respectable Turkish event filled with talent.

It was time to start thinking more professionally. BBL Esports was formed in mid to late June, with cNed, Kerimhan “kero” Duman, Semih “LEGOO” Selvi, Ali Osman “AsLanM4shadoW” Balta, and Batuhan “Russ” Malgaç. Though promising, BBL saw cNed leave the team to join his current European medley, nolpenki. Filled with talent, the team will be looking to make it into First Strike Regional Finals in Europe.

Run It Back: You stream and also train for tournaments with your team, how do you maintain balance between streaming and training? Isn’t it too straining for you to commit to both activities regularly?

cNed: Sometimes yes, it’s rather tiring. Streaming for 3 hours a day along with training for at least 4 or 5 hours daily, which sometimes goes up to 6 hours, takes up the whole day. It’s tiring but I can most definitely say it’s all worth it.

Being a full-time esports player requires strict regime and consistency to not get complacent. cNed’s mixed streaming and practice makes his job resemble a full 9-5, with some overtime in some occasions.

Run It Back: How did your family react to your plans for getting into e-sports and streaming? Did you encounter any difficulties?

cNed: At first my family weren’t happy about it. But when they noticed it got pretty serious and I was really enthusiastic, they started supporting me. Thanks to them I can say I haven’t encountered any difficulties on my esports journey.

Though the esports industry is on the rise worldwide, older generations that aren’t acquainted with the esports world may question youth’s decision to pursue a career in esports. After all, they’re just video games. Though cNed faced some initial disapproval, his family came to terms with his career decision after they saw his commitment.

Run It Back: How does your career affect your social life?

cNed: Actually, my social life isn’t affected at all. I still hang out with my friends regularly and get to spend quality time with them despite my regime.

Run It Back: Turkey isn’t fully involved in esports yet, despite having numerous famous players on the esports scene. Do you think the rapidly growing Valorant scene can change this?

cNed: I definitely believe Valorant is going to contribute a lot to esports in Turkey. We might see people become interested and get into gaming after watching more of Valorant games, and seeing how the community keeps growing.

Turkey has produced numerous talented esports players. Some of them are in Valorant, but Counter-Strike: Global Offensive has many of them as well. BIG’s Can “XANTARES” Dörtkardeş is one example.

Run It Back: In Valorant Invitational, you might face your teammate Vakk. What do you think about his team, do you think you can beat him?

cNed: I couldn’t get any information about his team yet. But like in every tournament my goal in Valorant Invitational is to win. Doesn’t matter who my opponent is. And that is it.

*Some answers may have been slightly altered for clarity.*

You can follow cNed and his nolpenki side battle on for First Strike Regional Finals. Also, remember to follow cNed on Twitch where he streams on the regular.

This interview was conducted in Turkish and was translated by Wiwona, who can be found on Twitch.