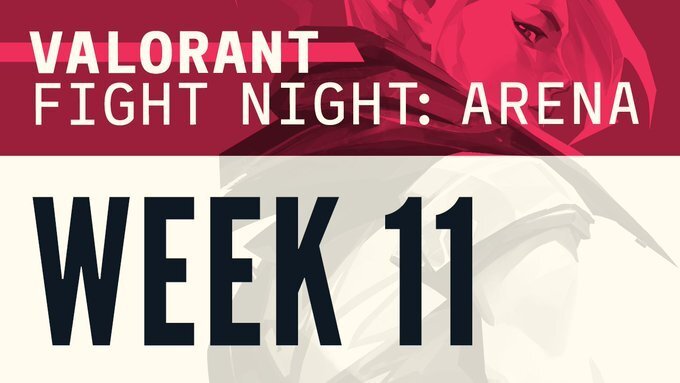 The Pro Fight Night Arena continues! The current Fight Night Arena format is a two day format. Four teams play on Night One with the winners advancing to Night Two. They then face off to decide who challenges the champion!

Night One saw Lemonade Stand and Moon Raccoons take their respective games over Adaptation and Mamba Mode Gaming. Those squads start the night to determine who will advance to the final match against Pretty Boyz.

The first map played was Ascent, without a Sage in sight. Round one saw Lemonade Stand plant the spike on A completely unseen and untouched, but the retake for Moon Raccoons was magnificent. Frosty cleared house with four of the five kills. His dominance continued into the second round with three more kills. That early fragging was not enough to prevent Lemonade Stand from bringing the first half back to an even 6:6. Moon Raccoons, as the attacking team, would grab the lead midway through the second half and not look back. They take the first map 13:8 on the heels of Stealthy and his ridiculous Operator play.

The large maps take over this contest as this was played on Haven. Again, Sage took a backseat for both teams. Frosty and Stealthy were able to keep up their stellar performances, leading Moon Raccoons to a 7:5 Attacker half. Cavern and brawk would do their best to give Lemonade Stand a fighting chance in the second half, but again, Stealthy and his Operator were too much. Moon Raccoons wins with a 13:9 round count. Beating Lemonade Stand 2:0 comes as a huge surprise, but Moon Raccoons shift their focus to the champions.

Bind is the location of the first outing in the championship bout. PureR led the pack for Pretty Boyz, going above and beyond with the fragging. He ends the first half with a KDA of 16-4-2. That helped give the championship squad a 12:0 advantage moving to the attacking side. Round 13 was done in the blink of an eye with four players of Moon Raccoons going down in A Short. 13:0 was the final of Bind.

Ascent gets a second appearance on the night. Pretty Boyz began as the attackers and looked to make the same impact as they did on map one. PureR had no problem taking the top fragger spot yet again. Moon Raccoons were able to pick up a handful of rounds this time as the first half ended 8:4 in favor of Pretty Boyz. AYRIN would challenge PureR for the most dominant player in the game, using a cheeky Wall Boost to pick up multiple kills. Brando, however, would claim that spot in the following rounds, viciously assaulting the enemy team.

After a couple of technical breaks due to disconnects, Pretty Boyz put things away 13:10. That makes the series 2:0 and Pretty Boyz remain the Fight Night Arena Champions!

Stay tuned to Run it Back for more event summaries, breaking news, and guides!