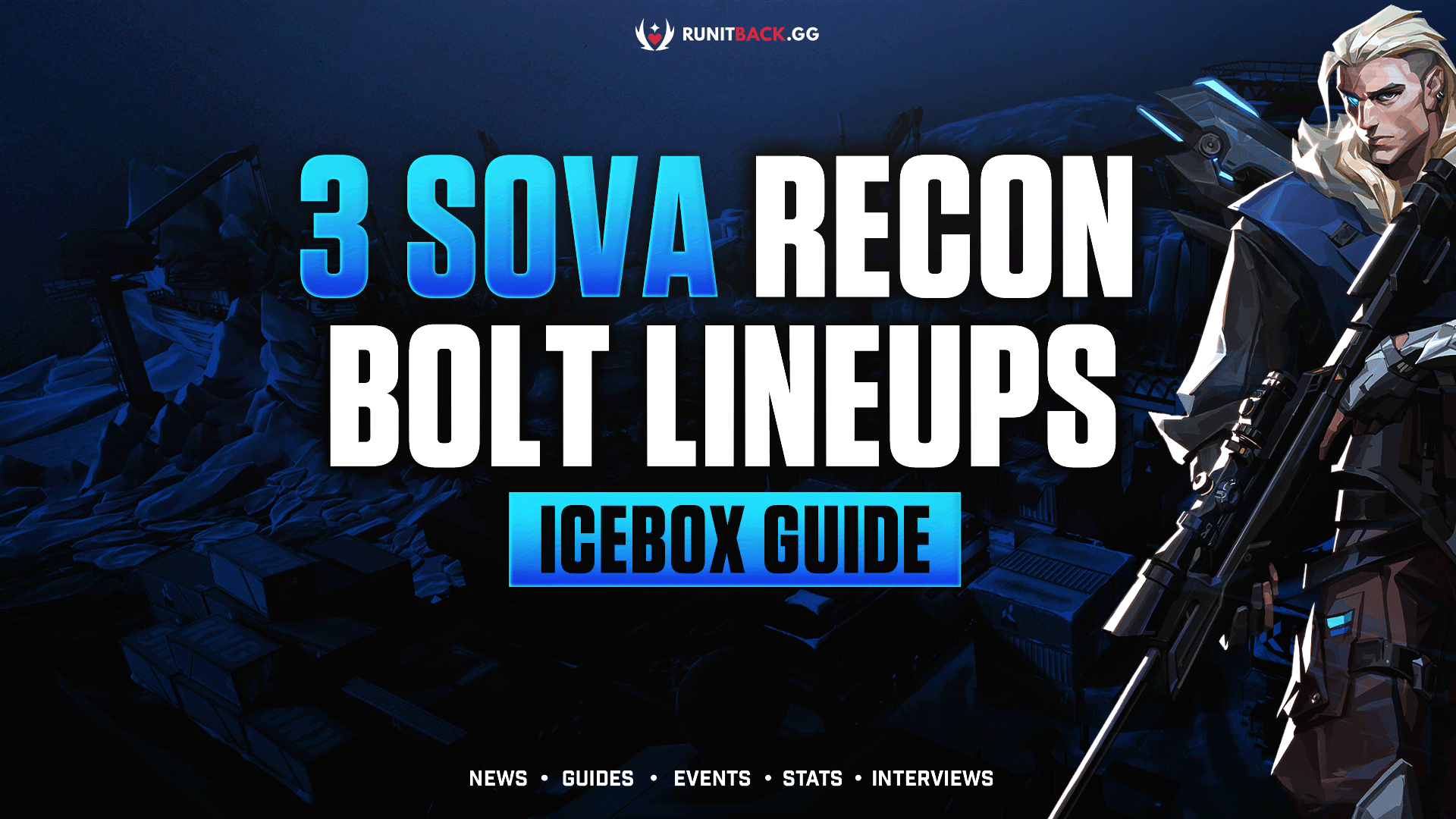 Valorant Guide: 3 Sova Recon Bolt Lineups to use on Icebox for Attack

This guide demonstrates 3 Recon Bolt lineups on the map Icebox. Those lineups will help you use this powerful ability to its full potential on attack.

This lineup will require you to line yourself up on the ramp as shown below. From there you can use the corner of the charge bar to get the perfect lineup. The blue circle highlights this in the second image. You will then need to fully charge the shot with the bounces set to two.

This Recon Bolt will land above the A-site and can be used to gather information early on in the round, or in combination with an execute onto the site. The Recon Bolt will reveal most positions on site if it gets a scan off, providing your team with valuable information.

This lineup can be a bit tricky and will definitely require some practice to master. Facing the boxes as shown below, you will need to use the bar of your Drone ability icon to get the perfect lineup for this Recon Bolt. You will need to line the edge of the Drone bar with the small black dot on the tower in the distance. This is highlighted by the blue circle in the second image. From there you will need to charge the shot into the second bar, with bounces set to zero.

The Recon Bolt lands on the corner of one of the crates above Middle, allowing your team to easily take map control of this area.

This Recon Bolt is great to use on anti-eco rounds, as it will allow you to clear out all the close angles as you work your way towards B site.

Be sure to check out our other Sova Recon Bolt defensive guides for the maps Bind, Ascent, Haven, Icebox and Split.