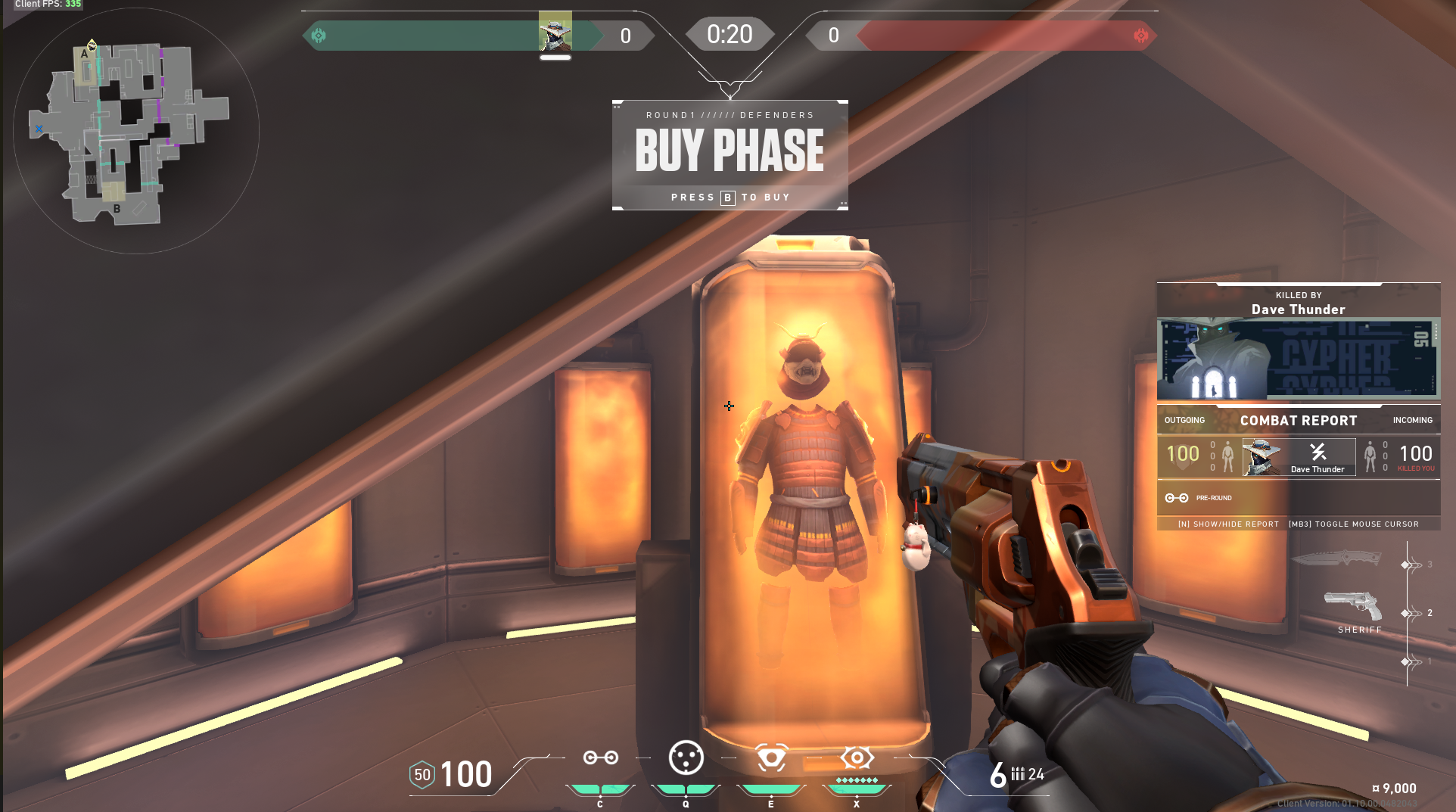 With every new map come new easter eggs. Icebox is no exception and as usual, someone on Reddit went hunting for them. This time around it was user ImTheSpartan who found them all.

The first and perhaps coolest discoveries are some samurai paraphernalia in different places around the map. These include two sets of samurai armor and an image of a samurai on a screen. ImTheSpartan figures these might point to a future agent and might be related to the “Secret Lineage” player card from the Act III battle pass.

Both show some kind of cyber samurai mask so the connections seems to make sense.

Next up are some screens showing images of Haven. There is nothing specific about why these images are here so they could just be filler.

There’s a cool announcement screen on the map with a few things to look at. First up, and the most important, is the Penguin Cam! There is also an announcement for the upcoming First Strike tournament, a weather page, and an employee of the month (Congrats Paul!).

Lastly, there are a few penguins and snowmen strewn around the map for that icy feeling. Whoever lived/worked on Icebox beforehand made it obvious they did not like snowmen. The announcement screen says “Announcement: Snowmen Found On Premises Will Be Eradicated” and there’s a note that says “Whoever is making snowmen STOP.”

Icebox was introduced as part of Act III. Make sure to check out our article on the full changes and additions of Act III! What do you think of these Icebox easter eggs? Do the samurai items point towards a new agent? As usual, remember to follow us at Run it Back and join our Discord for all your latest news, extensive guides, and exclusive interviews in the world of Valorant.