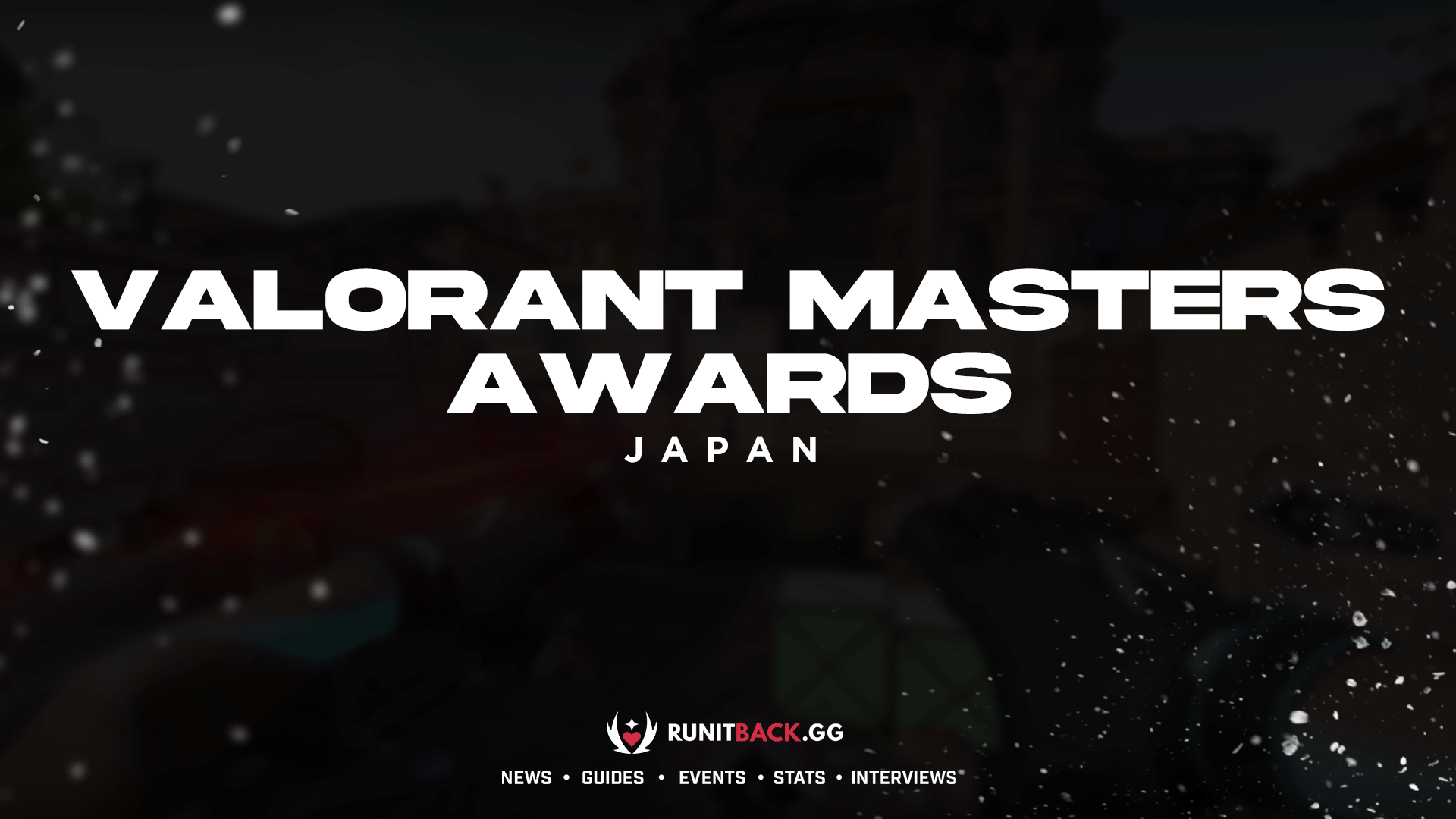 Nobody thought I would leave Japan without their own VCT Masters awards right? So far, we published the awards for North America and Europe but now it’s time for the region I was fortunate enough to cover; Japan! Make sure to read up on the VCT Japan final results to see how Crazy Raccoon took Japan by storm and won 3:0 over the biggest team in Japan. Well, the ex-biggest team in Japan now. There’s even a Most Valuable Player award at the end so read on to find out who earned the most coveted award!

*Note: All stats and subsequent awards were determined using the RunItBack analytical platform.*

Let’s start with the tournament’s big baller, REJECT’s HaReeee. While they didn’t win the tournament, REJECT placed third overall which is nothing to scoff at. It looks like the team’s economy was pretty good for the most part as HaReeee in particular spent over 670,000 credits during the entire Masters event. The man had money, and he wasn’t afraid to show it off.

It’s REJECT again! This time around we have the guy who shoots to kill, Yuma “Dep” Hisamoto. His bullets landed on his enemies’ heads 24.79% of the time. That means one in four shots was a headshot. Not necessarily a headshot kill, but a bullet in someone’s skull nonetheless. Statistically speaking, six out of the 25 bullets from Dep‘s Vandal would land inside of a cranium. Deadly.

While firefights are fun to watch, they’re not the only way to win the game, and Shiode “Chocol4te” Akito knows best. Even though FAV Gaming didn’t make it past Lower Bracket Round 3, they can depend on Chocol4te to plant the spike (not the website) and make the other team rush to the site. It might not always lead to a win but hey, at least he’s consistent.

Going hand in hand with the most plants, we have the most defusals. FIRST Gaming’s Kaminoco is Chocol4te‘s bane, defusing the bombs he plants and showing another way that a victory can be attained in-game. Unfortunately, that wasn’t enough to get them past the Lower Bracket Round 2. Still, there is a valuable lesson to be learned here. Play for the objective, stop trying to buff your K/D!

Even if a player doesn’t get the most kills, assists are still valuable. They either mean you bait yourself to set up kills for your teammates or simply that there’s great teamwork on your team. Either way, Takemori “Takej” Shogo did a lot of both of those, helping to explain Absolute JUPITER’s dominant run through the VCT Japan Masters tournament.

Interestingly, the MVP of VCT Japan Masters was not from Crazy Raccoon. Instead, it’s Dep from REJECT once again! Despite playing in less matches than anyone from Crazy Raccoon, he pulled off the most kills and the highest headshots percentage by far, at a whopping 24.79%. Not only that, but Dep also had the most multi-kills at 71 and entry kills with 39 in total, making him both a dependable entry fragger and an unstoppable killer overall. With an ACS of 256.2 across 13 matches, he left his teammates in the dust and proved that he deserved the RunItBack MVP Award for VCT Masters Japan.

That marks the end of RunItBack’s Valorant Awards: Masters for Japan! It was an exciting region to watch with some of the most unexpected results of the Valorant Champions tour. When VCT Japan Stage 2 Masters is over, we’ll be back with another round of awards. Until then, stay tuned to Run It Back for all things Valorant, including guides, breaking news, VCT coverage, and more!