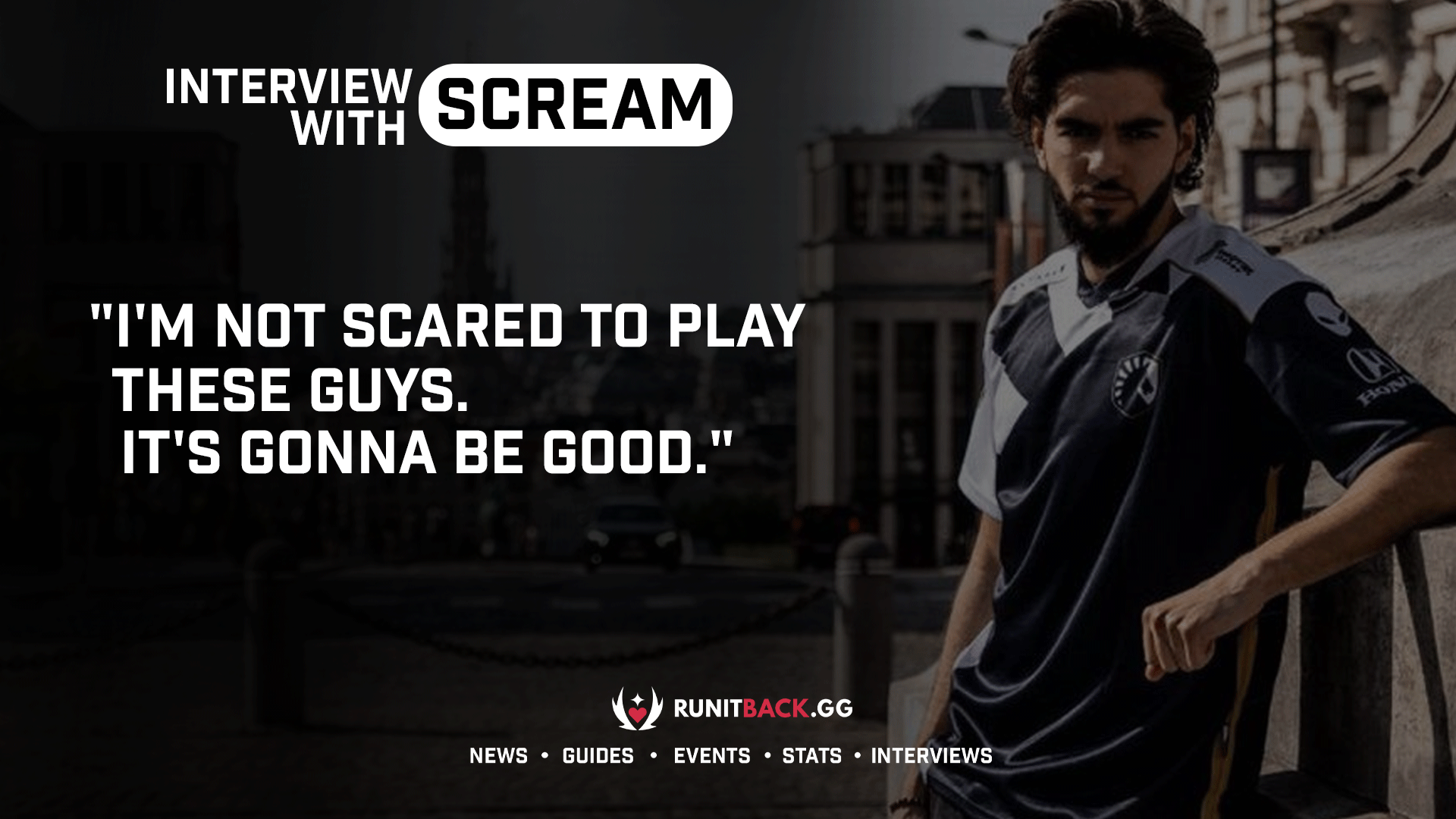 ScreaM on entering VCT Masters, Jamppi’s impact on Liquid, and facing teams from other regions

Following Team Liquid’s qualification for the upcoming VCT Masters event in Iceland, we got to chat with Liquid’s star player, Adil “ScreaM” Benrlitom. Dubbed the “headshot machine”, ScreaM opened up about Liquid’s journey through the whole qualifying process, how the team changed with the acquisiton of Jamppi, and his general thoughts on the opposition waiting at the Valorant Masters event in Reykjavik, Iceland.

Run It Back: How does it feel to be the first team to qualify for the first international Masters LAN in Valorant?

ScreaM: It feels amazing. It’s been a long road so far. A lot of games to win. A lot of games to prepare for. We also changed a lot of things in our game so qualifying means a lot for us. The fact that we made it happen is a super nice feeling, even though it’s not finished, it’s only the beginning. Honestly, I knew we had the potential to do it. We showed a really good face so I’m really happy over the last few weeks. Obviously, the boot camp helped us a lot. The motivation, the atmosphere in the team is great, so I’m very happy about the result.

Run It Back: You blew Oxygen out of the water in this VCT EMEA semifinal. Do you think it came down more to pure aim and utility use, or was it more about the counter-stratting that was the key to your team’s massive performance?

ScreaM: Honestly, I think it’s a bit of everything. We were all hitting our shots. We have a good idea of how to play the game right now. We changed a few things as I said. People don’t know how to counter this yet, you know? Like with the new Viper stuff. And the mood in general is so good in the team, so everyone is in the zone. Everyone is playing their part. That’s the most important thing. And obviously we have an amazing coach and amazing manager, and obviously an amazing organization. It couldn’t be better for us.

Run It Back: If you could run me through your journey in the qualifying process at VCT EMEA Regional Finals. Was there any team that you prepared the most against, and feared the most?

ScreaM: Honestly, I knew every team was dangerous, every team is dangerous in this qualifier. If they made it that far, anyone can win against anyone. We saw that yesterday against Oxygen and Guild. I think no one expected that but they actually played really well and you have to always be 100%. That was my fear a little bit. If we could stay consistent in this. We showed that we can be really consistent in being always 100% and preparing for every game one-by-one.

Run It Back: How much of an impact had Team Liquid’s acquisition of Jamppi? What changed in terms of strategy and Liquid’s performance?

ScreaM: It changed our whole gameplay. Jamppi is a great OPer. Bringing him into the team changed a lot and helped us a lot. Obviously ec1s had a lot to offer as well, but Jamppi with an Operator is what we needed. It’s something so important in the game and it’s something we liked a little bit as well. He also has some great experience by coming from CS. In general, everything is paying off and we worked hard for this as well. We had a different way of working before as well. It’s a mix of everything, but definitely Jamppi brought a lot to this team and it’s a very good choice after all.

Run It Back: Now that you guys made it to the VCT Masters in Reykjavik, how do you think Europe matches up against the rest of the world, especially North America, strategically wise?

ScreaM: I think we’re in a good spot. Strategically wise Europe is in a good spot I think. Compared to NA and any other region. I’m not scared to play these guys. It’s gonna be good. It’s gonna be a good experience for the first time as well. We don’t really know what to expect. They don’t look that crazy. Strategy-wise, there’s nothing that scares me so much. If we keep doing what we’re doing, I think we can definitely take it all.

Run It Back: What do you think Team Liquid will have to prepare for the most when facing teams from the other regions?

ScreaM: I think it’s going to be a bit weird to play against them because they play a very different game that we play. The meta over there is different. The way they play is different. We’re just going to prepare every single game, like we did for this tournament, one-by-one, and we’re going to go from there and do the same thing honestly.

Run It Back: Is there any region you’re most worried about or are you just going confidently into Reykjavik?

ScreaM: I think NA might be a little bit better than other regions. But as I said, it’s going to be a very good experience for us, for everybody. To see the clash of the regions. The different metas, different players coming in from every region. I can’t wait man, it’s going to be good.

*Questions and answers may have been altered slightly for the sake of clarity and brevity.*

Run It Back thanks Adil for his time as we wish him and Team Liquid all the best of luck at VCT Masters Reykjavik.