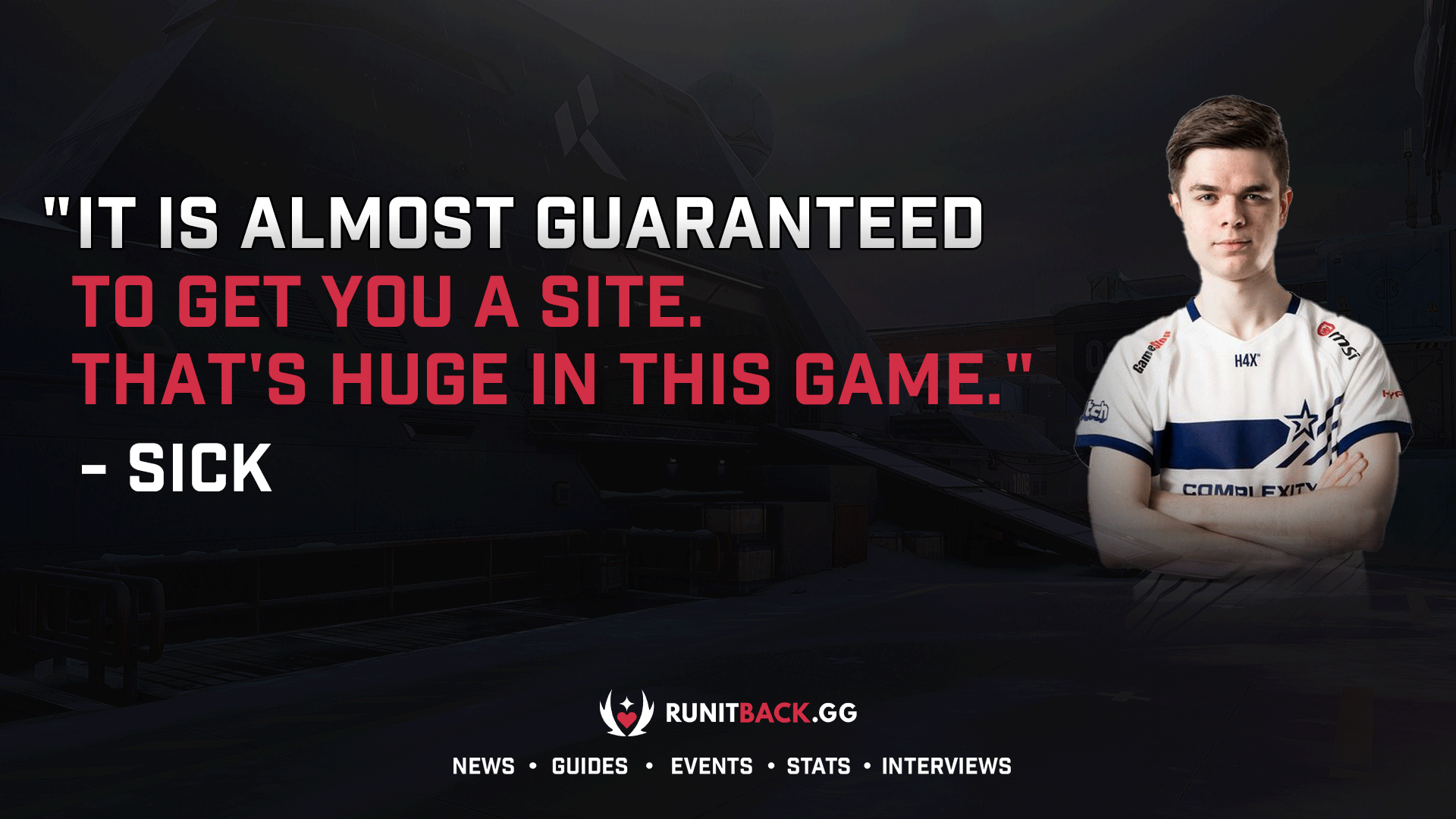 Day two of the VCT NA Stage 1 Masters tournament did not disappoint. One match was a three map series between Sentinels and Luminosity Gaming. The series included everything from the debut of Tyson “TenZ” Ngo to awkward plays, and even an overtime scenario. Once the series finished, Run It Back was given the chance to interview Hunter “SicK” Mims of the winning Sentinels. He discussed the value of Phoenix’s Run It Back Ultimate, the importance of versatility as a player and team, as well as how the team performed with its newest member.

Run It Back: A few rounds in on Ascent saw you put up a 3K here and a 3K there. How do rounds like that set you and the team up for success?

SicK: It sets us up really well. When you snowball kills, with Phoenix especially, you get his Ult a million times a game. That’s what happened when I starting getting multikills. I was fed the orbs, the plants, and a bunch of kills. It really gave us a lot of momentum on the first map.

Run It Back: You make incredible use of the Run It Back. Personally, I think it is the best Ultimate in all of Valorant. What are your thoughts?

SicK: A lot of people think the only Duelist you should run is Raze. You can play it both ways. With Phoenix, you get a lot more of an aggressive play style than, say, a Breach. Phoenix is really underrated as an agent right now. I think a lot of people are going to hurt by shying away from him and moving more towards Breach. I agree, though, that his Ult is the best in the game. Or one of the best.

Run It Back: You can get intel from running into an area. You can pick up a kill and have an extra life. Is that how you see it? As that all encompassing Ultimate?

SicK: It is almost guaranteed to get you a site. That’s huge in this game. If you are slowed by utility and it feels like there is no way in, that Phoenix Ult, even if you are losing rounds, gives your team confidence. You know that first person running in isn’t actually dying. That’s really huge.

Run It Back: You and TenZ appeared to be playing off of each other extremely well. Was it easy to get things going with this brand new member on the team?

SicK: Yeah, it was easy. I was worried a bit at first. In CS, he didn’t necessarily have much of a mind for the game. He was just very mechanically skilled. It felt super natural, though. A lot of the time, I would say, “Hey, let’s do this.” He’d pick up on it really easily and not make any mistakes. That, plus his mechanical skill, made it super easy to play off of him.

Run It Back: There was a bit of a delay due to technical problems. Do you feel the stream issues and the series being paused affected the team’s momentum at all moving onto Split?

SicK: I think it did. A lot of our plays are based on shutting the other team out of the match. That pause gave them some time to un-tilt. I mean, they were down 3:1 at the start of their defense. You know, I take that back. We had a good half on attack. We kind of threw on defense, though. Maybe the pause didn’t affect us as much as I thought.

Run It Back: Playing three different agents in a three map series isn’t something a lot of players can do. How important is it to be that versatile, personally and for the team’s perspective?

SicK: It is very important. There are times when a lot of teams end up one-tricking Reyna. For example, LG has a player on their team who only plays Reyna. I think that really hurts their growth as a team. It makes them very readable. It is really important in this game to be able to flex different agents and catch your opponents off guard. If you’re stuck to one agent, people will understand your tendencies better and know what you do every time you play. I think it helps, not just me, but our whole team. They’re all pretty smart about playing other agents.

Run It Back: The next series will be against either 100 Thieves and Immortals. Do you have a preference or does it not matter who stands in your way?

SicK: It doesn’t really matter, but I would prefer to play Immortals. I, to an extent, respect the way 100 Thieves plays. They are pretty consistent with their play style. Immortals, especially since we have very little practice, would be a better match up for us. They’re going to play that “puggy” style. We could out aim them. But with 100 Thieves, I think we’d have a harder time against them. Maybe they have some good stuff they developed before the tournament. I’d be a bit worried about that. Honestly, it doesn’t matter in the end. We have to beat everybody.

*Questions and answers may have been slightly edited or altered for clarity and fluidity.*

SicK did not get his preference, but as he said, Sentinels will have to beat everybody regardless. Sentinels versus 100 Thieves takes place in the Semifinals of the Upper Bracket. Thank you to SicK for the opportunity to speak with him following the series against Luminosity Gaming.

Stay tuned to Run It Back for more coverage of the Valorant Champions Tour, including Masters tournament details and player interviews!