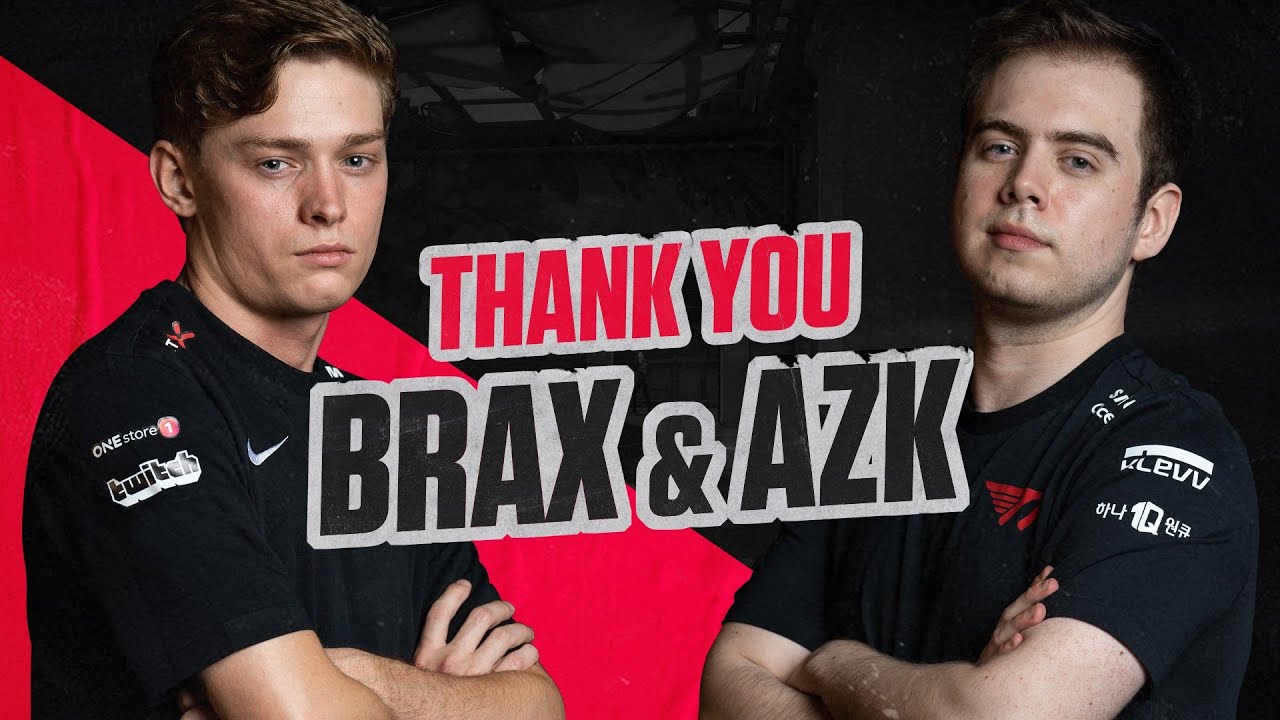 T1 says goodbye to brax and AZK, confirming the rumors

Remember how up until today T1 had a complete roster on their hands? Well that is no longer the case as both Braxton “brax” Pierce and Keven “AZK” Larivière have left the team.

When Timothy “autimatic” Ta joined the roster on February 4th, Redditors noticed that brax and AZK were missing from the team’s roster for the VCT NA Challengers 2 Qualifier. Rumors were floating around that T1 had benched one of the two ex-CS:GO pros, likely AZK. The community also assumed that once AZK was gone, brax would follow suit as they are known to stick together.

This might not be the end of the Valorant road for brax as in his most recent tweet, he mentioned that he is “excited for the future,” possibly hinting at a future team.

Unless T1 has something up their sleeve, they need to move fast and find a fifth player. The Challengers 2 Qualifier starts on February 11, which is just three days away. Given that the rumors of the two players leaving the team were true, the rumors regarding their new fifth player might also be true.

As we mentioned in the autimatic article, a player named “tier2 valpro ego#Sexy” was seen on the Challengers 2 Qualifier roster. Further hunting from the Reddit community led to the player’s identity possible being Rahul “curry” Nemani’s alternate name. Curry is a CS:GO pro who currently plays for Rebirth Esports in ESEA Premier.

We’ll keep you updated on any further T1 roster developments. To make sure you don’t miss out, remember to follow us at Run it Back and join our Discord for all your latest news, extensive guides, and exclusive interviews in the world of Valorant.