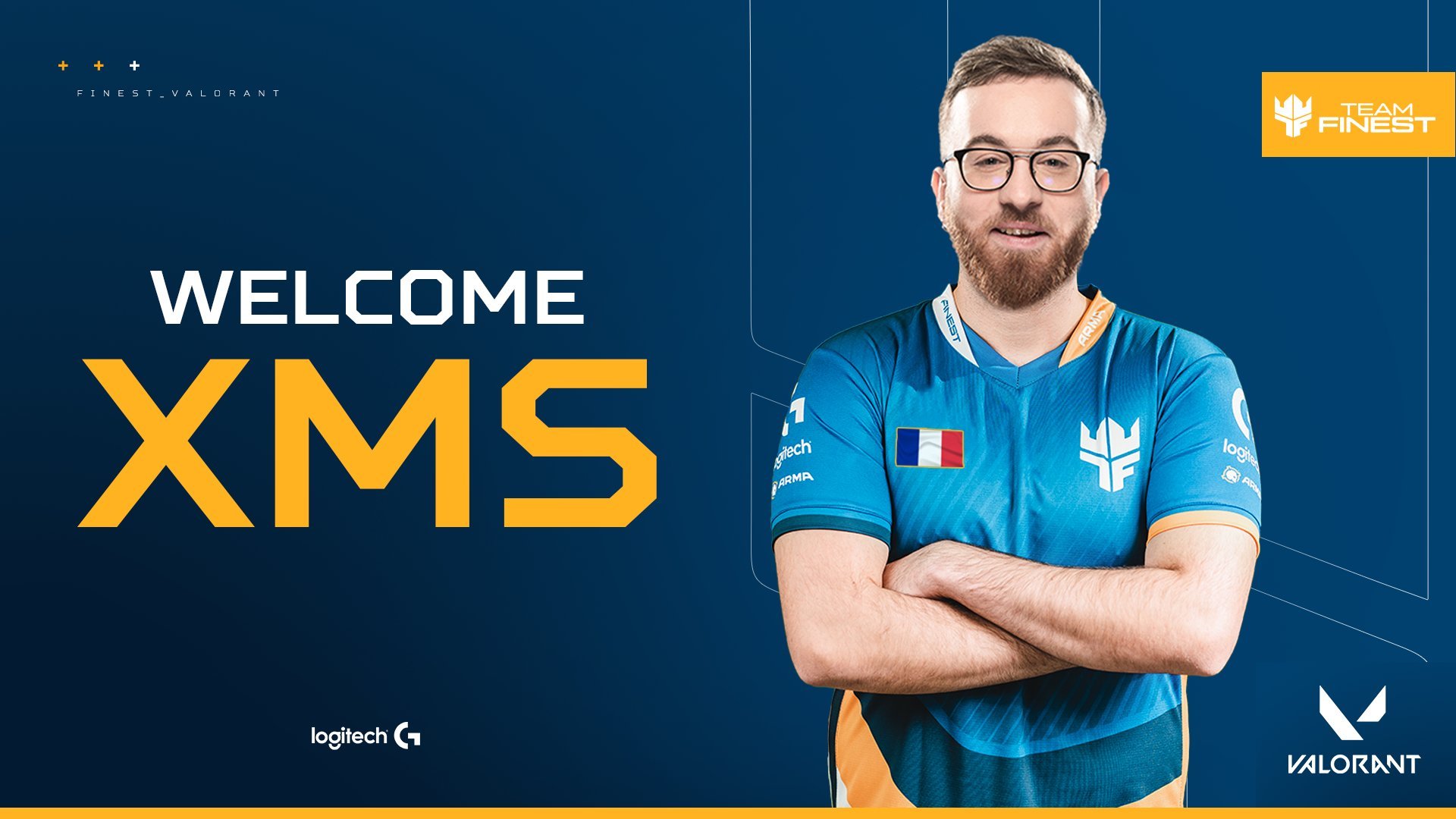 Team Finest sign xms to round out their roster

Alexandre “xms” Forté is the latest CS:GO player to jump ship to the fabled land of Valorant as a player for Israeli esports organization Team Finest.

Xms is most well-known for the time he spent playing for Team Envy and Team LDLC. Under the former, he won the DreamHack Open Atlanta 2017 and brought home a W for Team LDLC at the ESL Championnat National Summer 2019. The last CS:GO team he represented was Team Heretics where the French player saw limited success. He retired from the game in 2018 but returned in 2019 to play for Team LDLC. This is his second, and more permanent, retirement from CS:GO by the looks of it.

Team Finest is not his first taste of Valorant, but it is his first actual organization. In the past, he played for orgless teams like Team Jbzz as far back as May of 2020. Other appearances with Valorant teams include wesh guys, Team Fatiiiih, and LOS SICARIOS. He was also on the more notable roster of Almost International, alongside notable CS:GO pros like Joey “fxy0” Schlosser and Morgan “B1GGY” Madour.

With their previous roster, Team Finest placed first at VERSUS LEGENDS and LVP – Genesis Cup Sombras. They even tried their hand at First Strike Europe but lost to Team Heretics in Playoffs #2. Xms is replacing Jack “kpiz” Pragnell, who left the team on February 8. Prior to the official announcement, xms played with Team Finest at the VCT EU Challengers 2 Qualifier. Despite a close game, they lost in their first match to Inside Games. It’s likely that we will see the mixed roster at the VCT EU Challengers 3 Qualifier on March 3.

As usual, follow us at Run it Back and join our Discord for all your latest news, extensive guides, and exclusive interviews in the world of Valorant.