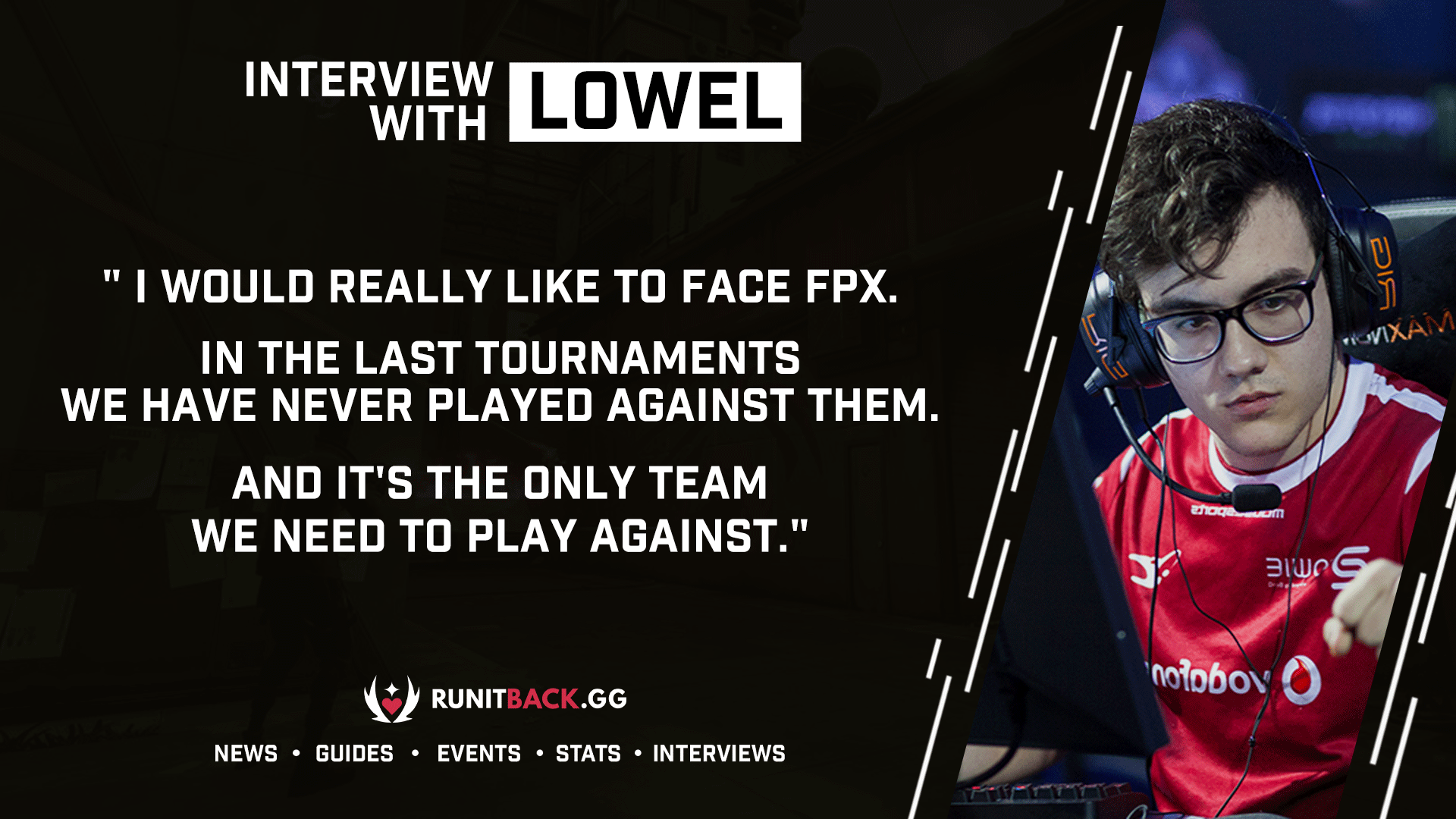 Following the Team Heretics and Ninjas in Pyjamas matchup at VCT Masters Europe, we got some time to chat with Heretics’ in-game leader, Christian “lowel” Garcia Antoran. Christian talked us through his side’s key things that they had to focus on in the NIP matchup. He also walked us through what factors go into deciding who plays when at the 6-man roster, as well as his desire to meet FunPlus Phoenix in the final of Masters.

RunItBack: You guys stole NIP’s map pick, Split, rather easily. What was the key element in taking that Split map away from NIP?

lowel: What we said before the Split game, we said that they play a lot of mid. They like to pressure mid a lot, taking those areas so we need to focus on that. Also, one more important thing was that we have to focus a lot on chiwawa. On NIP, chiwawa is lurking a lot. So if you know where he is, you kind of know what they are going to do [in that round]. So, just playing with that mentality and of course a lot of intensity. We prepped really good in communications and yeah.

RunItBack: You guys got cut short on Bind, the following map, before you could force overtime. But I wanted to know a bit about Ascent. What was the gameplan going into the decider map against NIP?

lowel: Similar to Split, how we needed to focus on mid and chiwawa, but on Ascent we were watching some games from them and it’s important to focus on Ex6TenZ (akukhoS), on their Breach. On their comps, especially on CT (defense), if Breach is playing on B as CT side, we know that they’re playing three on B. So we kind of play with that idea, and we played super good in general. Like super good.

RunItBack: I also wanted to know more about the rotation at the team with RUBINO and niesoW. What factors go into deciding who plays when? Is it only dependent on the need for a Sova? Or are there also other factors?

lowel: There are more factors. For us, playing with Dustyn (niesoW), he’s really good but he doesn’t have that much experience in some situations. So playing with Ruben (RUBINO), what Ruben brings to the team is a lot of experience in general. To deal with some situations. Playing with your teammate, calling some mid-round calls, so that’s really important. And we think that on Icebox and on Split, it’s not that important compared to Bind, Ascent or Haven. I think that’s the factor. We feel really good with Ruben. He doesn’t frag that much as Dustyn, but he brings different things to the team. That’s one of the main reasons.

RunItBack: You guys showed a masterclass with Sheriffs on some eco rounds. Especially you and nukkye. Do you guys have a training routine with Sheriffs?

lowel: *laughs* No, not really. We just play ranked (rated) and deathmatches. If we’re feeling it we just buy Sheriffs and just give some headshots. And today it worked pretty well I will say.

lowel: I would really like to face FPX. In the last tournaments we have never played against them. And it’s the only team we need to play against. And of course ANGE1 is there. He’s a super good friend of mine, I like him a lot. And yeah, it’s going to be a really interesting match if we play against FPX. And I hope so, I hope so.

We thank Christian for his time and wish Team Heretics all the best of luck in the remainder of VCT Masters Europe.

*Questions and answers may have been altered for the sake of clarity and brevity.*