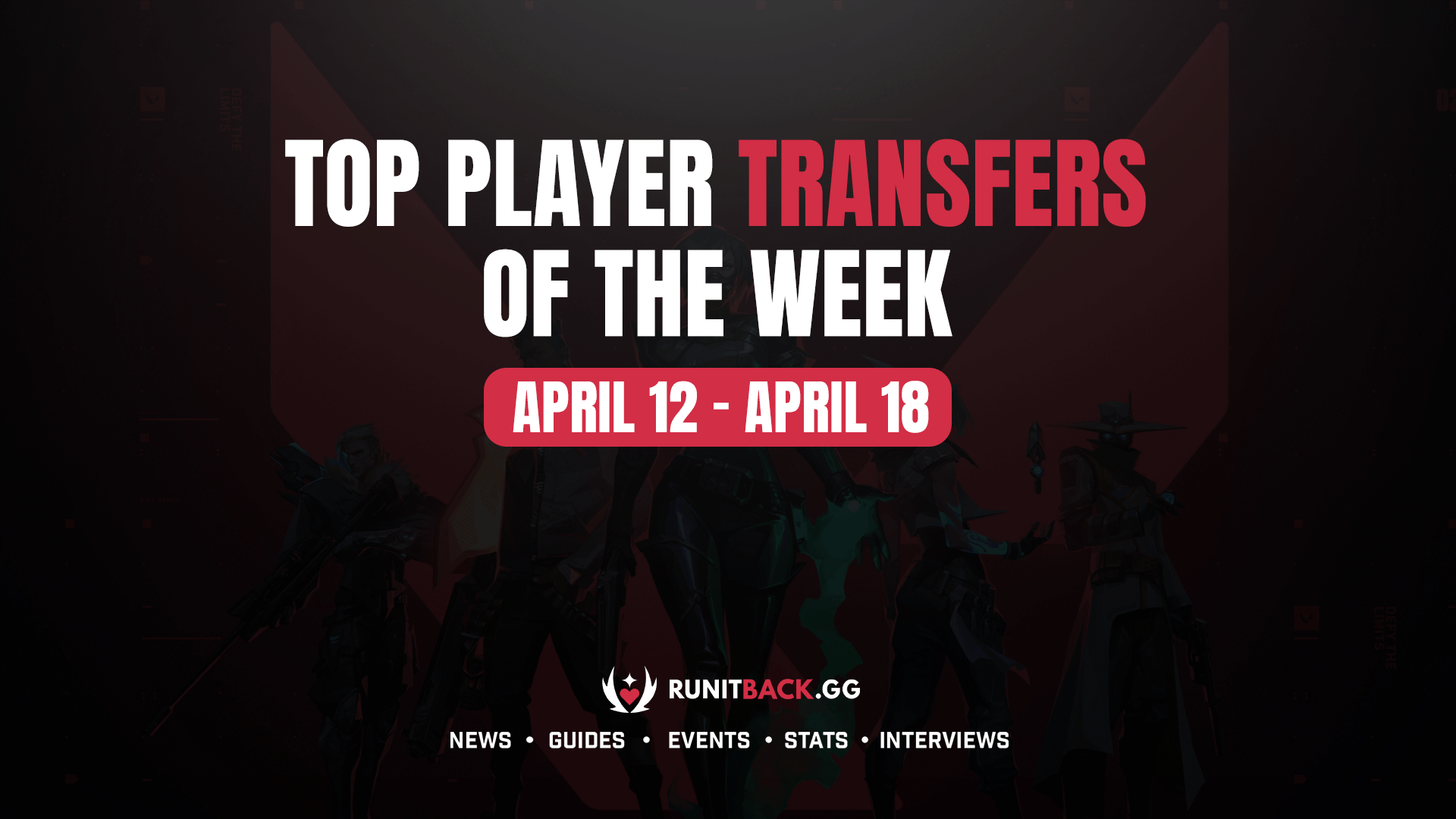 Welcome to our twenty-third edition of Valorant Top Player Transfers of the Week. Some big moves in this one, even with all the tournaments and such. Make sure to check out our last installment to stay updated! Here are the top Valorant player transfers for the week of April 12 – April 18.

Keiti Out of Cloud9 White

Kaitlin “Keiti” Boop was dropped from Cloud9 White’s roster this week after some controversy with one of her teammates.

Kiara “milk” Makua left Dignitas Female this week after more than three years with the organization.

Team Finest are down to three players after Kamil “baddyG” Graniczka becomes the third player to depart from the team.

The orgless team Volvo Peek disbanded this week. No statement was released at the time of writing this.

The orgless roster of Opportunists was signed this week by Team BDS, marking the org’s first Valorant team.

Esports organization SoaR entered Valorant this week by signing the roster of the orgless team PUGSTARS.

Keven “PLAYER1” Champagne left Version1 after being one of the team’s inaugural players. The team is down to four players.

Cloud9’s other team also suffered a loss this week in the form of Skyler “Relyks” Weaver leaving the roster. Cloud9 Blue mentioned that an announcement regarding their roster is on the way.

After a bit over a month since their signing, Moon Raccoons Black already disbanded. While not confirmed, it’s possible the players were signed by another organization in Valorant.

Thanks for tuning in for our twenty-third edition of Valorant Top Player Transfers of the Week. Is there a transfer we missed that you think we should have included? Let us know and tune in next Sunday for our next Top Player Transfers of the Week! As usual, remember to follow us at Run it Back and join our Discord for all your latest news, extensive guides, and exclusive interviews in the world of Valorant.