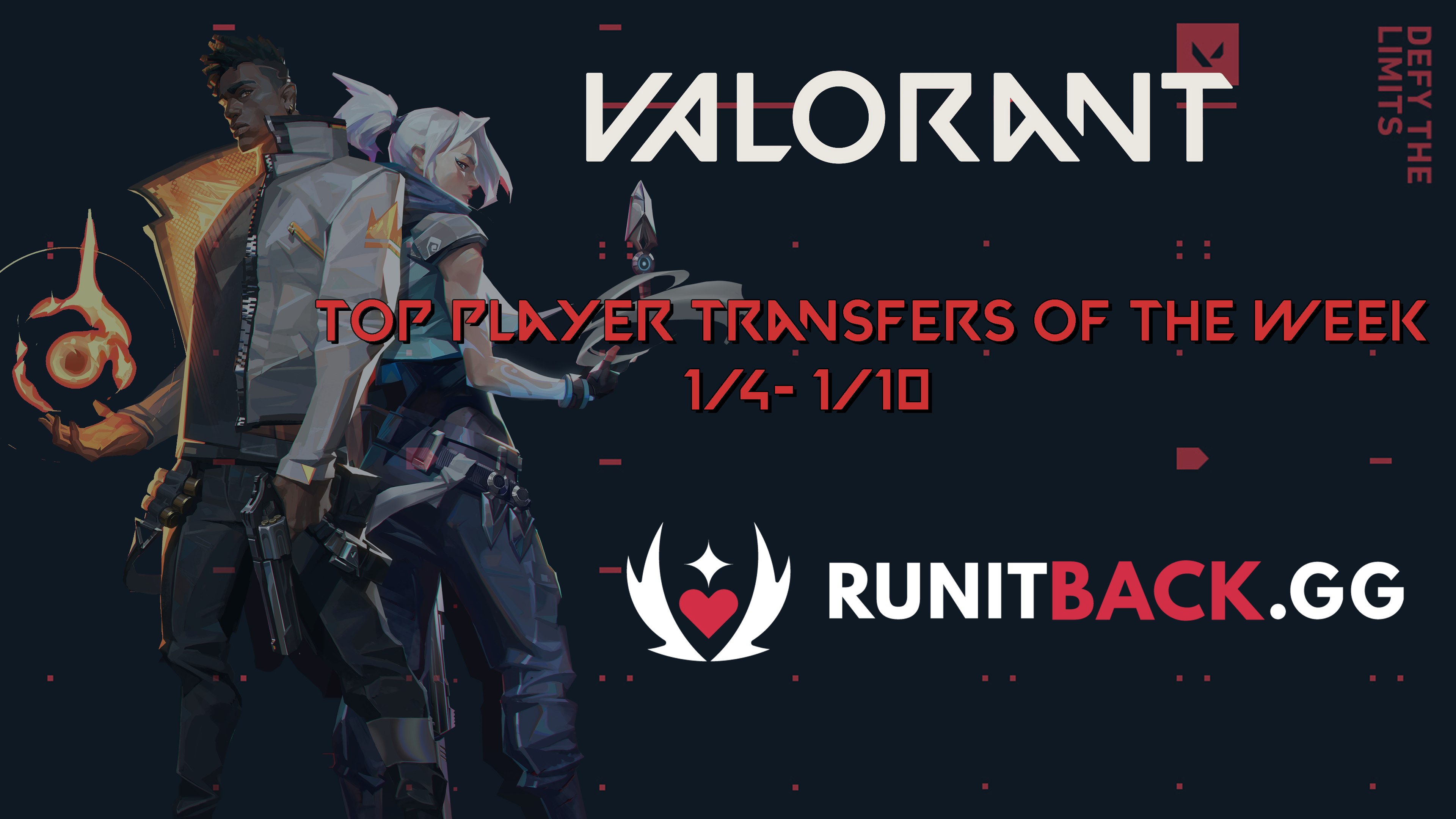 Welcome to the ninth edition of Run it Back’s Top Valorant Player Transfers of the Week! Make sure to check out our last installment to stay updated! With Episode 2 right around the corner, here are the top Valorant player transfers for the week of January 4 – January 10.

Bence “DeadFox” Böröcz, another ex-CS:GO pro, has joined the orgless team Need more DM. DeadFox will replace Norbert “Tigene” Pásztor, as members of Need more DM thought was “not trying to give [his] best every game and was not trying to be much better.”

Immortals Down to THree

Immortals announced that Jason “neptune” Tran and Jason “jmoh” Mohandessi have left the team. No reason was given other than this was a change made as the team is “heading into 2021.”

The entire Brazilian squad of Team One has announced that they will be benched and will wait until their contracts expire. Gabriel “cpx” Cruz explained on Reddit that the players will leave the organization as the two have different visions for 2021.

Magno “Pr0phie” Ramos completed the Spacestation Gaming roster after leaving Moon Raccoons in December. Make sure to read our full coverage of that signing!

Attack All Around Disbands

The Thai team Attack All Around have announced their split as the players and the team had different visions for 2021. All of the players save for the coach, have joined another team called Foxy Araikordai.

Yannick “KOLER” Blanchette announced on Twitter that he was benched from NRG but still under contract. He had been signed from Immortals back in October.

Tucker “Tucker” Watson is out of Spot Up and looking for a team. No reason has been given for this parting. The team is now left with only four players.

Another Thai team disbanded for the same reason as Attack All Around: the players had different visions from the org.

B7 Warriors Make Some Moves

Thanks for tuning in for our ninth edition of Valorant Top Player Transfers of the Week. Is there a transfer we missed that you think we should have included? Let us know and tune in next Sunday for our next Top Player Transfers of the Week! As usual, remember to follow us at Run it Back and join our Discord for all your latest news, extensive guides, and exclusive interviews in the world of Valorant.