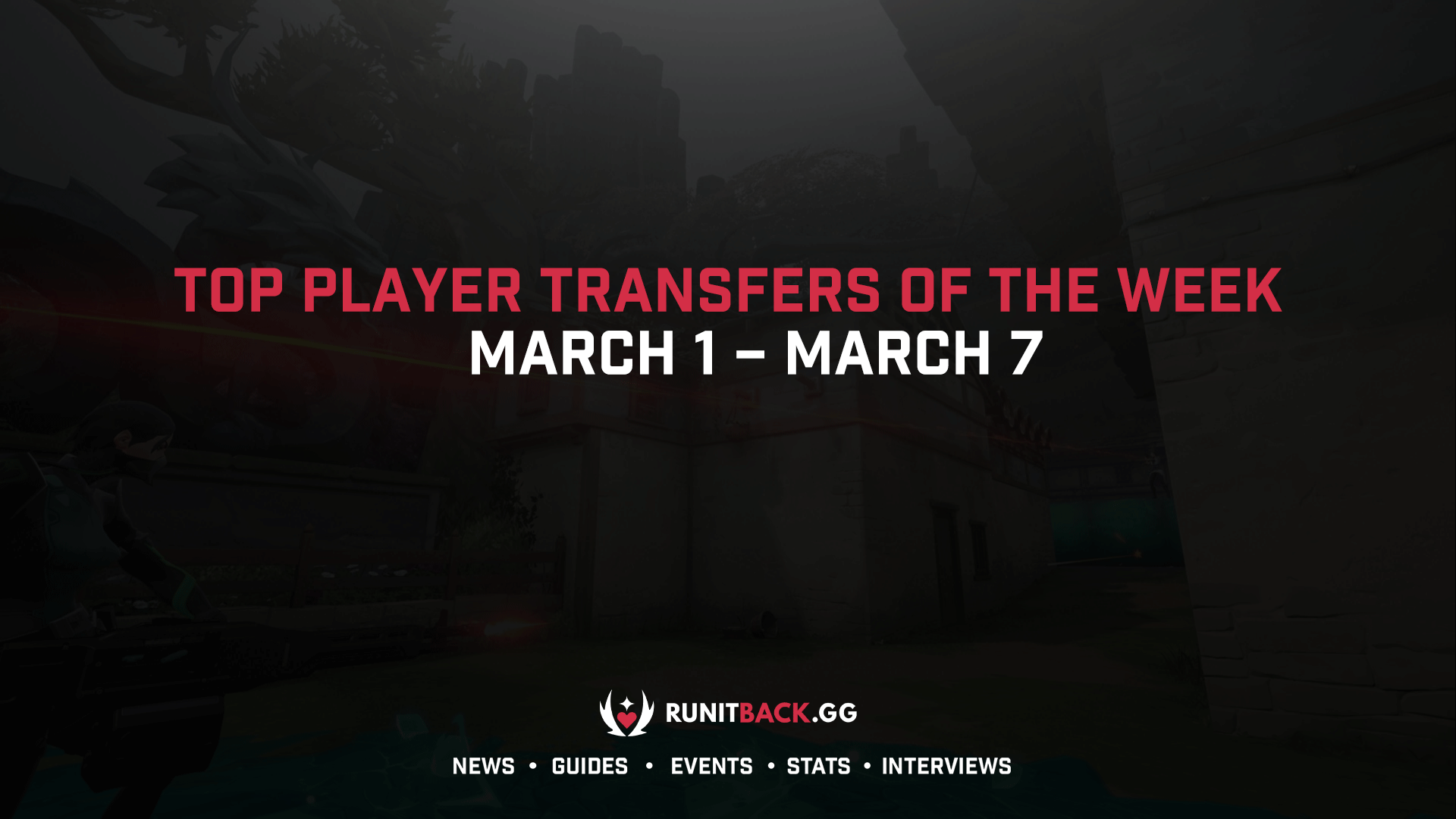 Welcome to the seventeenth edition of Run it Back’s Top Valorant Player Transfers of the Week! This week was just as full of exciting moves as last week! Make sure to check out our last installment to stay updated! Here are the top Valorant player transfers for the week of March 1 – March 7.

Rise has released Chris “riku” Piasecki from the team less than a month after they released Adam “Ange” Milian. They are now down to four players.

After dropping three of their players on March 2, Equinox esports released the rest of their roster just a day later.

Sedated released their Valorant roster and the players formed their own team called Decisive.

Big Frames also released their roster this week and the players rebranded as Cosmic Divide.

After releasing their roster on February 8 due to Yasin “NisaY” Gök’s cheating incident, Beşiktaş signed the roster of Findik E-Sports as their new team.

G2 released David “Davidp” Prins from their roster this week, bringing the team back to a standard, five-man roster.

Thanks for tuning in for our seventeenth edition of Valorant Top Player Transfers of the Week. Is there a transfer we missed that you think we should have included? Let us know and tune in next Sunday for our next Top Player Transfers of the Week! As usual, remember to follow us at Run it Back and join our Discord for all your latest news, extensive guides, and exclusive interviews in the world of Valorant.