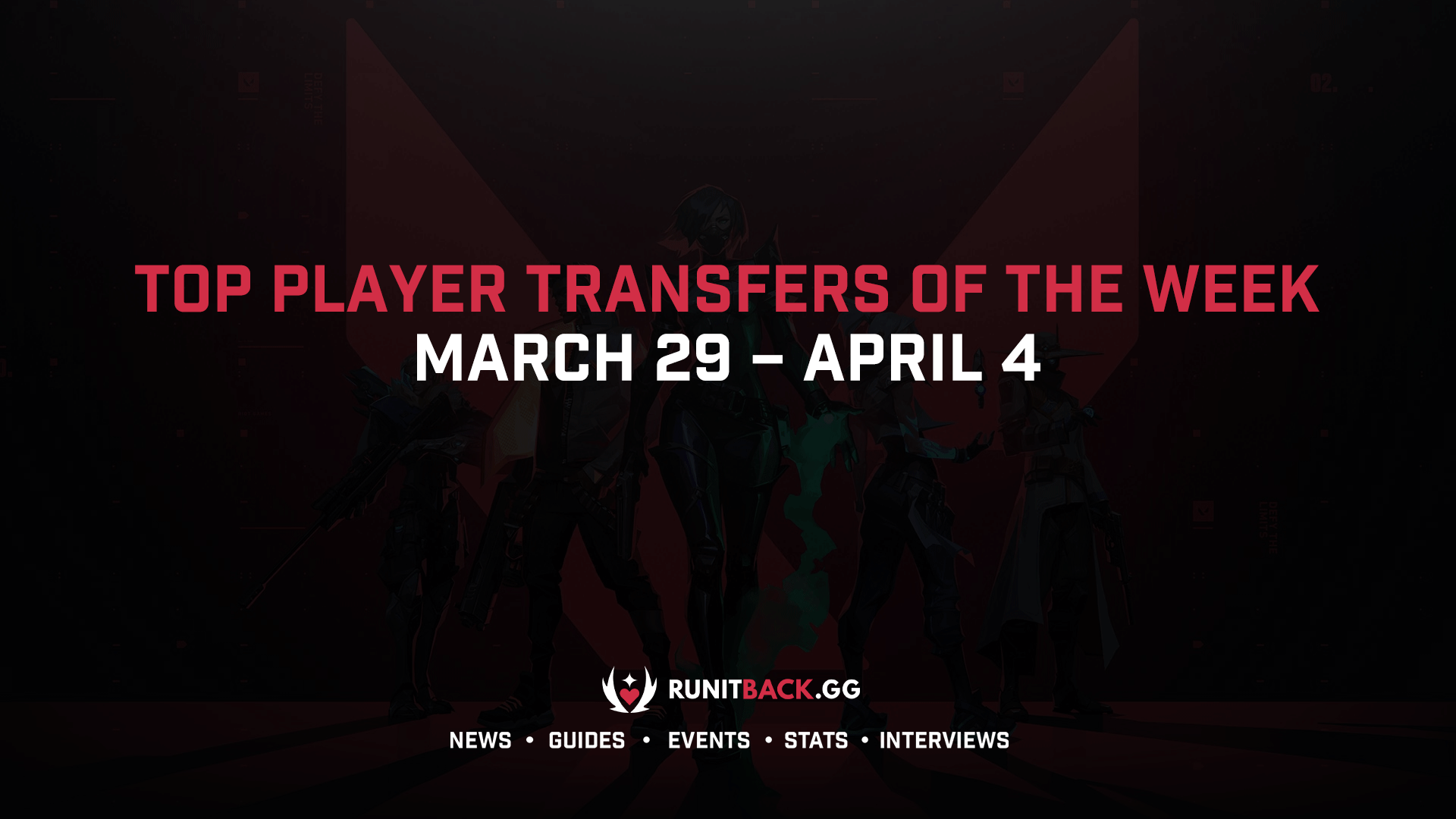 Welcome to our twenty-first edition of Run it Back’s Top Valorant Player Transfers of the Week! As VCT qualifiers end, roster moves begin. That seems to be the new norm now. Make sure to check out our last installment to stay updated! Here are the top Valorant player transfers for the week of March 29 – April 4.

Beastcoast are one player closer to a full roster after the signing of Yannick “KOLER” Blanchette.

ARIANARCHIST finished her trial with TSM Female but will be exploring other opportunities instead.

After leaving on March 10, Mathias “SEIDER” Seider has rejoined the roster of Wave Esports.

Dylan “aKm” Lindström decided to take a temporary break from Valorant on March 30. In his place, OG signed Jakub “Kuba” Dogan as a temporary stand-in.

TSM signed Braxton “brax” Pierce as the sixth player on their team.

DfuseTeam dropped their entire roster this week. The players will stick together under the name “Opportunists.”

Nicholas “NaturE” Garrison also decided to take a break from Immortals and the team brought in Daniel “Rossy” Abedrabbo in his place.

Todd “anger” Williams stepped down from his role as player and instead became the coach for Rise.

Thanks for tuning in for our twenty-first edition of Valorant Top Player Transfers of the Week. Is there a transfer we missed that you think we should have included? Let us know and tune in next Sunday for our next Top Player Transfers of the Week! As usual, remember to follow us at Run it Back and join our Discord for all your latest news, extensive guides, and exclusive interviews in the world of Valorant.