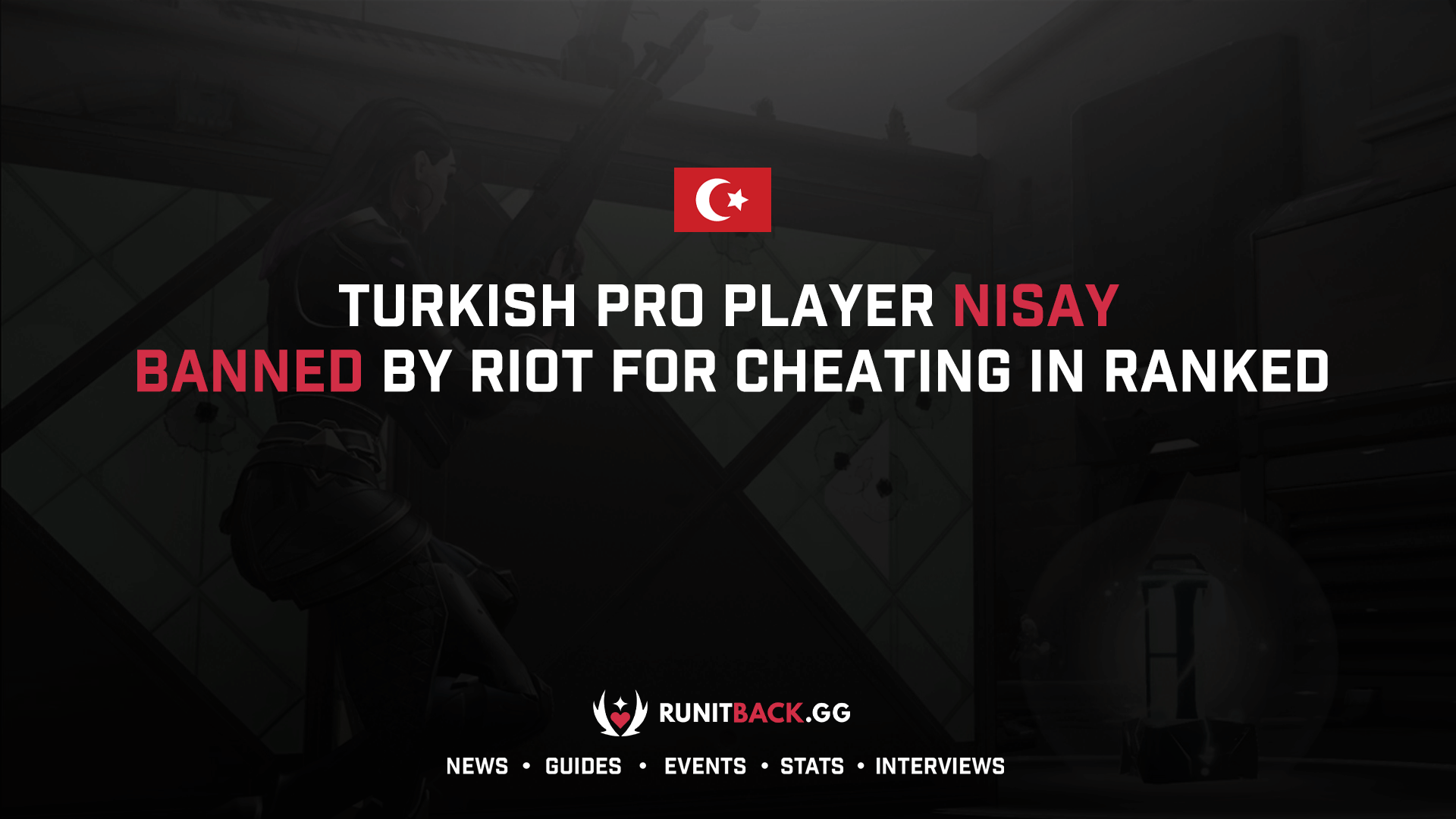 The VALORANT Champions Tour Türkiye Twitter announced this morning that Yasin “Nisay” Gök was cheating in a ranked match and was banned from official Riot Games tournaments for 12 months. Nisay played for Turkish organization Beşiktaş Esports.

Just a few minutes later, Beşiktaş released a tweet, confirming Nisay‘s termination from the roster. They also mentioned a post about the future of their Valorant team will come in the next few days.

Beşiktaş signed the entire roster of team 5NOOBS, who Nisay was a part of. Two players left a few weeks later, leaving him, Tuğkan “tugkanZ” Özgün, and Burak “foiz” Baz as founding members of the team. After signing two more players, the team participated in First Strike Turkey with Nisay in tow. It is unknown if he also cheated at First Strike as well.

Just a few days ago, Nisay claimed he was deranked from Radiant to Immortal and he reached out to some people at Riot Turkey to resolve this situation.

He published a Twitlonger today in which he proclaims his innocence. In it, Nisay claims that Riot did not show them any evidence of the supposed 3rd party software he used. He also said he will continue his talks with Riot to see what can be done regarding his ban.

“When we asked them what 3rd party software etc. would you show us evidence, we are under community pressure and they said they would not,” Nisay said in his Twitlonger.

On the Riot side of things, community figure Rod “Slasher” Breslau criticized the ban’s duration as nothing more than “a slap on the wrist”.

We’ll keep you updated as the situation develops. To make sure you don’t miss out on anything, remember to follow us at Run it Back and join our Discord for all your latest news, extensive guides, and exclusive interviews in the world of Valorant.