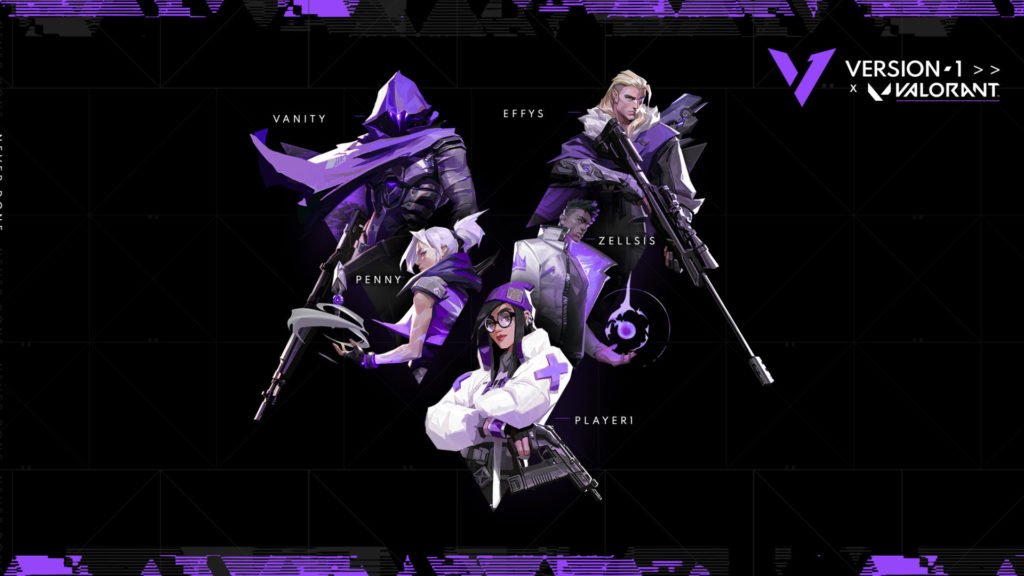 The North American esports organization Version1 ventured into Valorant this morning by signing the roster of NeverDone. Version1 also host a Rocket League team and run the Call of Duty League team Minnesota ROKKR. The organization is owned and operated by WISE Ventures, an investment fund in New York City, NY.

The History of the Version1 Roster

Their new roster consists of ex-CS:GO pros who most recently played as NeverDone. Their most recent tournament together was the VALORANT Champions Tour 2021 NA Challengers 1 Qualifier where they placed 17th-32nd.

There are two names on the roster you might recognize if you only follow Valorant, Keven “PLAYER1” Champagne and Loic “effys” Sauvageau. The two used to be on the orgless team FRENCH CANADIANS before they were picked up by Gen.G Esports in May of 2020. Effys became inactive in October and trialed for NRG until November. PLAYER1 hit the bench in December and was inactive until today.

The other three players have played on various North American CS:GO teams like Triumph and Chaos EC while their coach, Ian “Immi” Harding, is a well-known British player and coach.

Version1 already signed up their new roster to the VALORANT Champions Tour 2021 NA Challengers 2 Qualifier. Hopefully, with their new coach and under the guide of their new organization, they will able to carry the torch and do better than they did in the Challenger 1 Qualifier.

Their new roster is as follows:

What do you think of this new roster? Will they make it past the qualifiers? To make sure you don’t miss out, remember to follow us at Run it Back and join our Discord for all your latest news, extensive guides, and exclusive interviews in the world of Valorant.