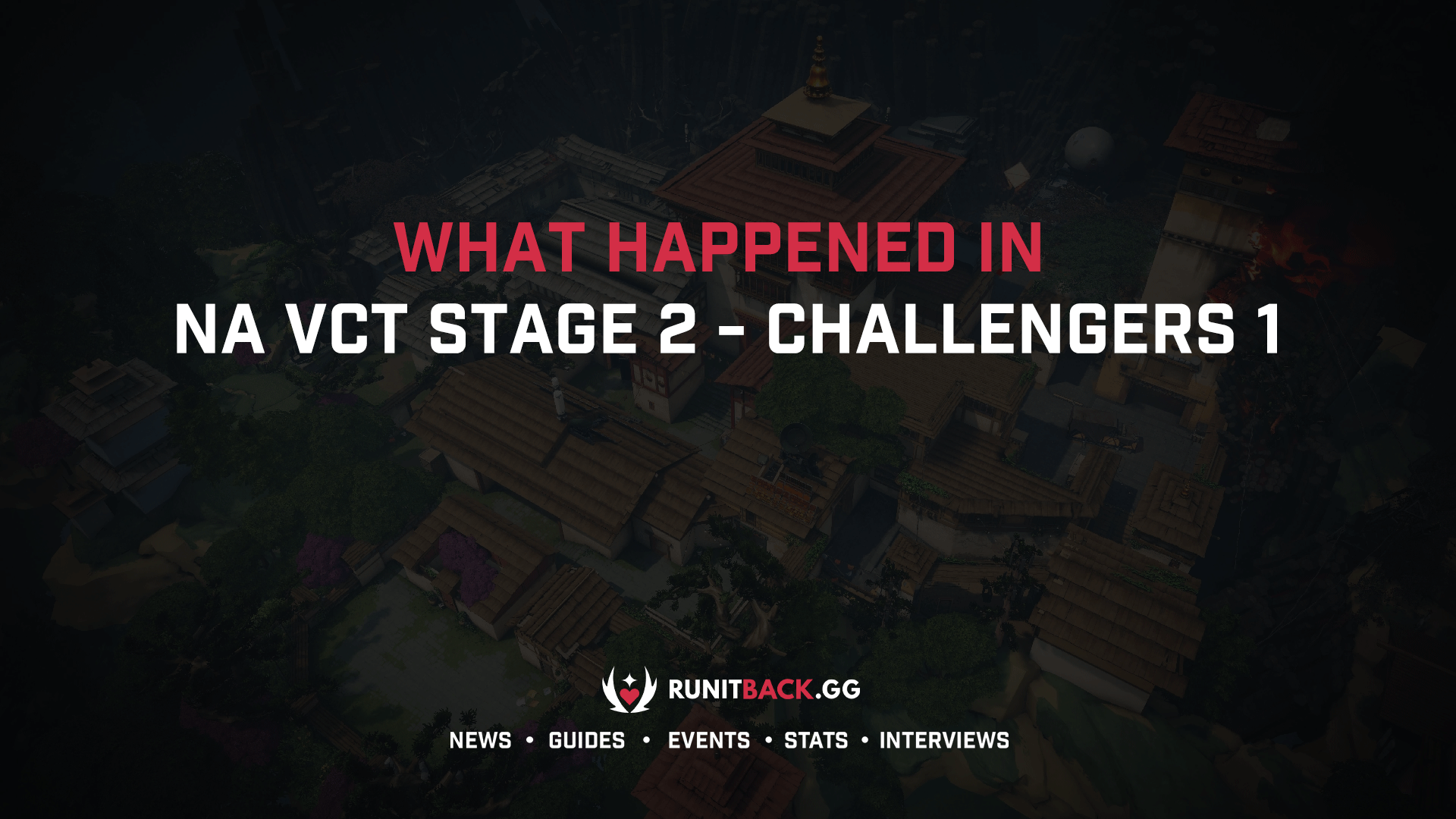 The Valorant Champions Tour has been rolling through 2021 like a freight train. The first Masters event seems like a distant memory at this point. Since then, the North American VCT Game Changers has completed and Stage 2 of the VCT has begun across every region. Stage 2 has kicked off with its Challengers 1 tournament. There is plenty to talk about regarding NA VCT Stage 2: Challengers 1. The top of the food chain in Valorant has proven to be volatile. That is quite evident by a few surprises in the tournament. The Main Event will showcase some new and old faces.

Soniqs announced their entrance into North American Valorant shortly before the Challengers 1 competition began. The team consists of the former EXO Clan roster who won First Strike Oceania. They started with a couple of clean sweeps, besting Admiral and the Game Changers championship team, Cloud9 White. Their NA VCT Stage 2: Challengers 1 onslaught was softened by none other than the Masters victors, Sentinels. Sentinels welcomed Soniqs to NA with a 13:10 loss on Icebox and a 13:0 stomping on Split.

Speaking of Sentinels, the reigning Masters champions were defeated. There has been some discussion and controversy regarding them even being in an open qualifier after winning Masters. That is neither here nor there. The fact is, they were beaten 2:0 by a Built By Gamers team many believed had no chance. Both Ascent and Haven ended with a 13:5 score in favor of BBG. The likes of Tristan “Critical” Trinacty and Jake “POACH” Brumleve were absolutely locked in. They helped BBG crush Sentinels in perhaps the biggest upset North American Valorant has seen and may see for some time.

The Masters runner up, FaZe Clan, was the hottest team in all of Valorant. They ran through everyone in their path except Sentinels during the Masters tournament. That seemed like the only team who could stop them. Add Version1 to that last now. Version1 took the first map, Haven, with a 13:8 score. FaZe Clan battled back and won Ascent 13:9. That took the series to Icebox and what a map that was. Both teams had a player pull off an Ace in Andrej “babybay” Francisty and Erik “penny” Penny. The attacking side is where the teams excelled. As the map winded down, FaZe Clan forced overtime. That OT period was short and sweet for Version1 as they took two quick rounds and knocked out the 2nd place team from Masters.

That’s right, the 3rd place team from Masters also missed out on the Main Event. The remaining Cloud9 team, Cloud9 Blue, were ready for a fight. Gen.G was so close on taking the first map, but C9B forced overtime on Icebox. C9B finished it in two rounds 14:12. The following map, Ascent, was nowhere near as tight knit. Cloud9 Blue dominated in the first half as the defending squad. Gen.G hoped to turn things around as sides switched, but that was never going to happen. Cloud9 Blue attacked efficiently for the final three rounds they needed to win 13:5.

Half of Masters is out plus more notable teams

As already mentioned, the 1st, 2nd, and 3rd place teams from Stage 1 Masters were all eliminated in the NA VCT Stage 2: Challengers 1 open qualifier. On top of that, Luminosity Gaming, who ended Masters with a 5th-6th placement, were beaten by Noble. That leaves the remaining Masters teams of Team Envy, Immortals, XSET, and 100 Thieves making it to the Main Event. Joining them is the aforementioned BBG, Version1, and Cloud9 Blue along with Andbox.

The top four teams in the NA VCT Stage 2: Challengers 1 Main Event will qualify for the Regional Finals. The bottom four teams will automatically be put in the Main Event of Challengers 2. That means only four teams will qualify for the Challengers 2 Main Event from open qualifiers instead of the eight that qualified like in this tournament. Notable teams that have yet to qualify are Sentinels, FaZe Clan, TSM, Gen.G Esports, T1, NRG, Soniqs, ex-Dignitas, Cloud9 White, Luminosity Gaming, and so many others that are grinding for their chance at Iceland. Only two teams can represent North America in the next Masters tournament, leaving mounds of talent sitting at home.