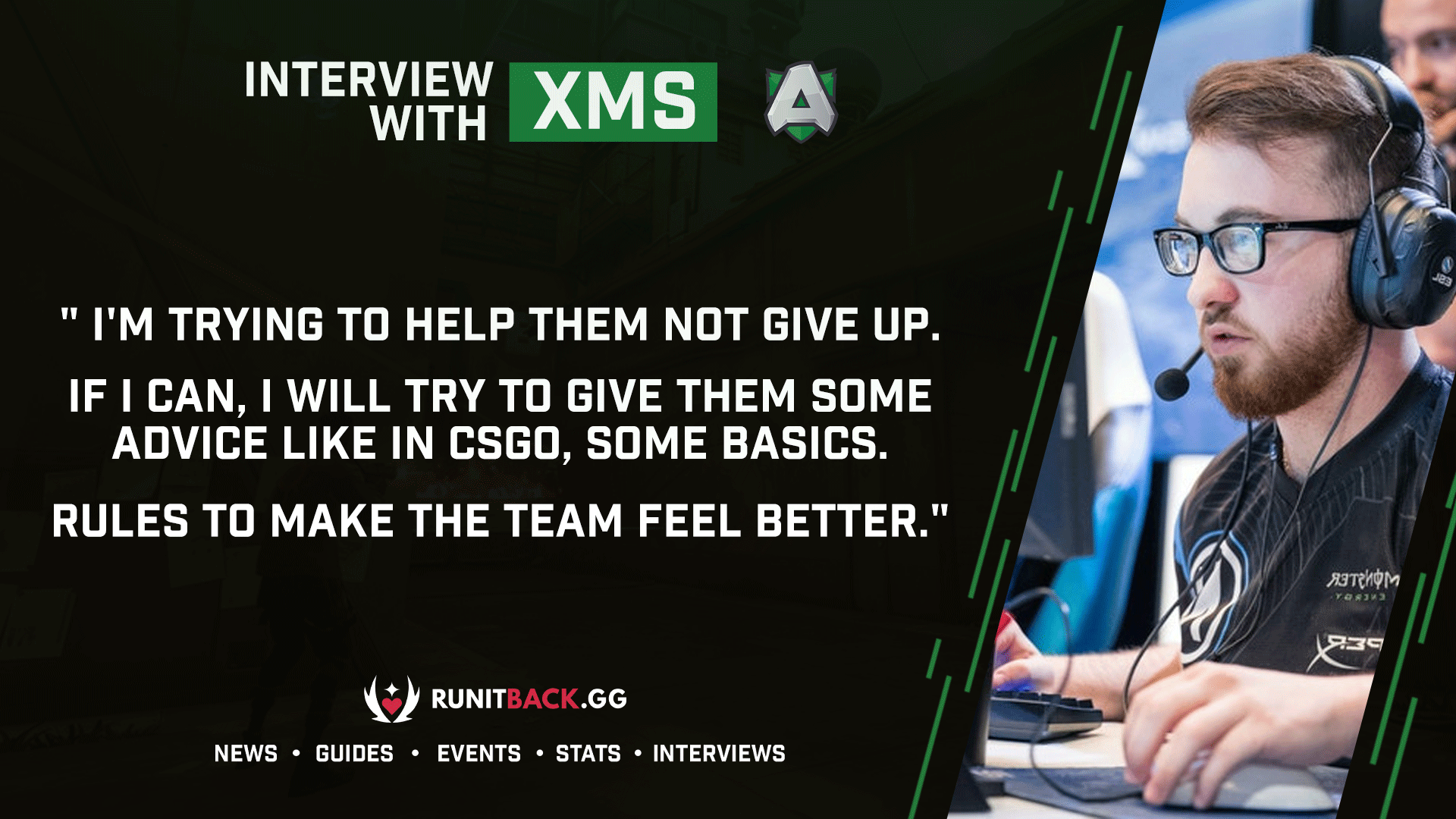 xms on wanting to be a mentor at Alliance, mistakes against Guild, and coming into Valorant from CSGO

We got the chance to have a small chat with Alexandre “xms” Forté from Alliance. Alliance has just been bested at VCT Masters 1 Europe following a nail-biting series against Guild Esports that went the distance, including two separate overtimes. The close loss was tough as xms expressed his disappointment, admitting that Alliance did commit recurring mistakes throughout the series. Nevertheless, he claims these are not things that cannot be fixed. Apart from that, xms shared with us his role of being an experienced mentor on the team, biggest hurdle in getting good in Valorant, as well as his favorite agent so far.

RunItBack: After this crazy best-of-three [against Guild], we’d like to know how did you guys manage to keep your head in the game across all three maps?

xms: It’s the first time I’m playing with people who are not giving up. Yeah, we were behind on all the games (maps), but I don’t know, somehow we were laughing on TeamSpeak. Trying to cheer up each other, helping each other to keep up the mental state and…yeah.

RunItBack: What do you think you guys [Alliance] could have done better across the three maps? Any mistakes that were recurring in the series?

xms: Yeaahh… The biggest mistake was that we weren’t confident. Especially when we had to go on site, when we had to explode on site, to play together and not go back, we were scared for some reason. We also did mistakes like not peeking together and not talking enough in clutch situations. That’s pretty much it, but that’s already a lot. That’s why we lost the game to be honest. I know that we are a new team and don’t have experience together but still, these are mistakes that shouldn’t happen. But these are not big mistakes, it’s something you can fix easily. Just need to talk about it and play officials, practice, and just learn. It’s not a big deal.

RunItBack: You came over to Alliance from Team Finest. Can you clear up for everyone what is your role in this Alliance lineup? How do you fit in to this team?

xms: Basically, right now, since I just joined the game not a long time ago, like 2 months ago, I still have to learn all the basics and stuff. But what I’m giving to the team…so I have more experience than everyone of course [on Alliance], due to CSGO. And Valorant is kind of the same game, it’s really close. I’m trying to help them not give up. If I can, I will try to give them some advice like in CSGO, some basics. Rules to make the team feel better.

As I said, like in clutch situations, for example when you are in a 2v1, you just take the weapon in your hand and don’t use utilities, you know? Some stuff like that. That’s the kind of basics and stuff I can tell them how to make them better. And to set a good ambience in the team. And with time I will try to take more space. Not that I want to be the in-game leader, just tell them what happened in the game…and yeah.

RunItBack: What was your biggest hurdle in learning Valorant when you came over from CSGO?

xms: Ahh, it wasn’t that hard. But the spells [abilities], of course that’s different than CSGO, there you only have a flash, smoke, and grenade [HE grenade]. Here you have to know what are the abilities of every agent. So of course, it takes time, but yeah, it’s probably the abilities.

RunItBack: Do you have a favorite agent by now?

xms: I will say Omen. Because I really like to play with smokes. But…I would also say Reyna. But I can’t find a reason. I just started playing Reyna like two days ago, three days ago. And I really enjoyed it. But for now I’d say Omen.

RunItBack: Thank you very much for your time and on behalf of Run It Back I wish you guys all the best in the future.

*Questions and answers may have been altered for the sake of clarity and brevity.*